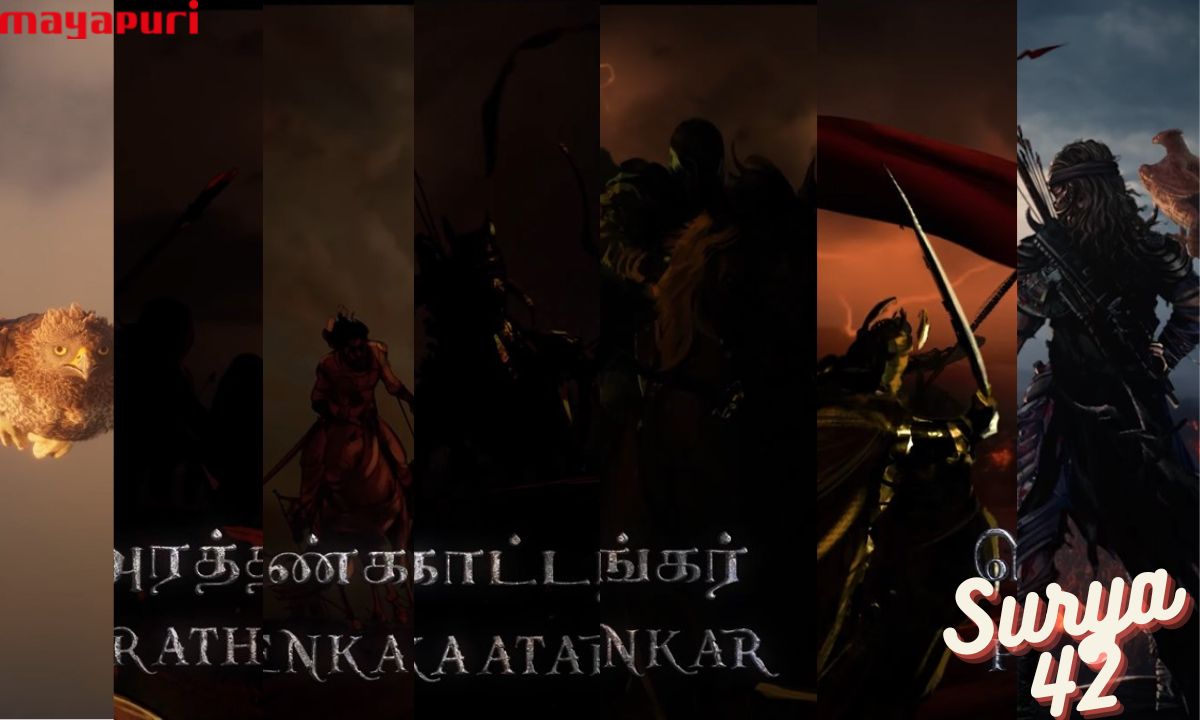 Bollywood and Tollywood news in today: Tamil industry superhit star Suriya Sivakumar is gearing up for his tentatively titled 'Suriya 42'. Recently, the entire cast did a Muhurat Puja for the film after which the team started the shooting of the film. On this, Surya Sivakumar has also posted a picture on his Instagram with Tamil film composer Devi Sri Prasad and director Siruthai Shiva. Suriya also wrote in the caption “Shoot begins..Need all your blessings..#suriya42”. Meanwhile, the motion picture of the film was announced a few days back and now the motion picture of 'Suriya 42' has been officially released.

Tollywood film production company Studio Green has released the trailer of 'Suriya 42' on the official channel of Studio Green. The 1:31 second trailer begins with a flying eagle and calm music indicating that something big and scary is about to happen. Then few texts also stated like Arathar, Venkaater, Mandaankar, Mukaatar, Perumanathar, in the video. At the end of the trailer, a warrior is seen who could be Suriya Sivakumar himself.

Let us tell you that the film will be released in 3D and in 10 languages worldwide. Suriya Sivakumar has collaborated with well-known Tamil industry director Siruthai Siva for 'Suriya 42'. Suriya also shared the trailer on his Twitter and twitted “We seek all your good wishes as we begin our adventure!” Also, the title of the film has not been revealed yet but after the premiere of the trailer, fans are eagerly waiting for this film. 'Suriya 42' also stars Bollywood actress Disha Patani and Devi Sri Prasad has composed all the songs for the film.

Nafisa Ali Calls Herself 'Nutty Nani' While Flaunting In Pink Hair, Said- A Surprise For Her Kids And Grandchildren