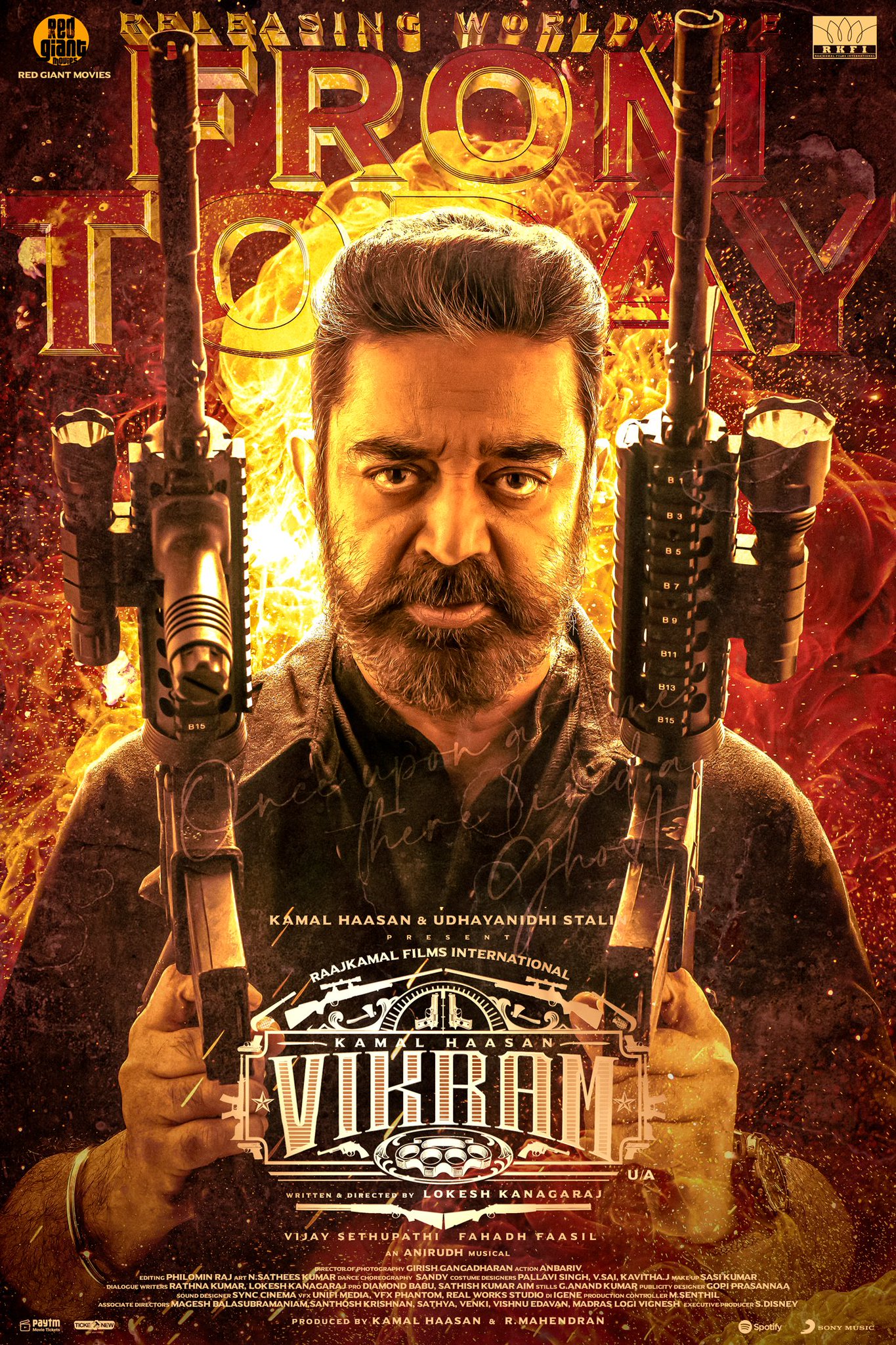 Kamal Haasan’s latest movie ‘Vikram’ has crossed Rs 400 cr worldwide. It has beaten Baahubali 2 record in Tamil Nadu.
Tamil megastar Kamal Haasan’s latest movie ‘Vikram’ has broken all the records in Tamil Nadu that were made in the last five years. It has beaten the ‘Baahubali: The Conclusion’ records in the state as well. Solely earning Rs 172 cr in Tamil Nadu, ‘Vikaram’ has become one of the biggest releases in Tamil cinema. Before ‘Vikram’, ‘Baahubali: The Conclusion’ was the highest earner with Rs 152 cr in the kitty. Written and directed by Lokesh Kanagaraj, ‘Vikram’ has a worldwide collection of Rs 400 cr. Many trade experts earlier, were skeptical about its success and didn’t predict it to be such a massive hit with the public and critics alike. Exceeding everyone’s expectations, ‘Vikram’ did very well in the southern belt. It wasn’t as huge as ‘RRR’, ‘KGF: Chapter 2’, and ‘Pushpa: The Rise’ were in the northern belt, but ‘Vikram’ was still said to be a profitable venture.

‘Vikram’ stars a talented cast of Kamal Haasan, Fahadh Faasil, and Vijay Sethupathi. Have you watched the movie or are you waiting for its OTT release? Keep checking out this space for more info.

Breaking News: Shruti Haasan Admits to Having a Nose Job! Says “Why Wouldn’t I”.