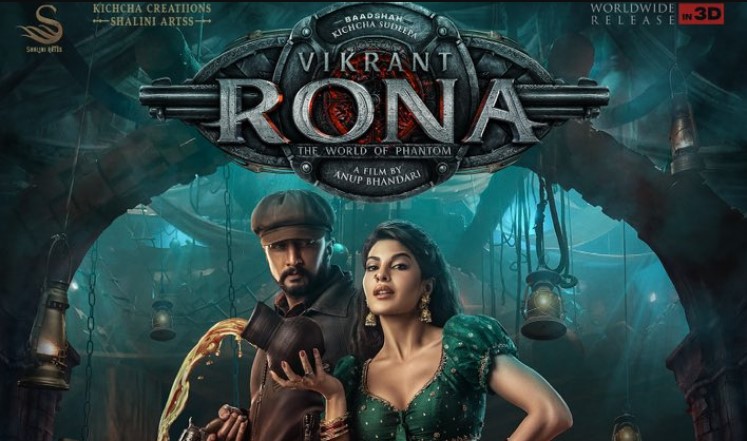 Another victory for the southern cinema this year. After the successful run of southern films like ‘Pushpa’, ‘KGF2’, ‘RRR’, ‘Vikram’ at the box office, it’s time for the latest Kannad release ‘Vikrant Rona’ to leave Bollywood behind. Released last Thursday, this Kichcha Sudeep starrer fantasy-thriller has raked almost 100 crores in the weekend itself, leaving the Bollywood biggie ‘Shamshera’ behind.

Hindustan Times reported that on the third day ‘Vikrant Rona’ collected “earned around ₹25 crore on Saturday, its third day of release. This would take its total worldwide earnings over three days to somewhere between ₹80-85 crore”.

Apart from this, another Bollywood film ‘Ek Villain Returns’ was also released this Friday. According to India Today, John Abraham, Disha Patani, Arjun Kapoor, and Tara Sutaria film’s three-day collection is about “has now amounted to Rs 22.87 crore, according to trade reports”.

Which of the two films have you watched? Or are you waiting for their OTT release? Share your thoughts with Mayapuri below.

Bigg Boss 16 Timings Revealed: Salman Khan Will Be Back on This Date & Time!

Bigg Boss Season 16 Promo Out: This Time Bigg Boss Would Play Too!