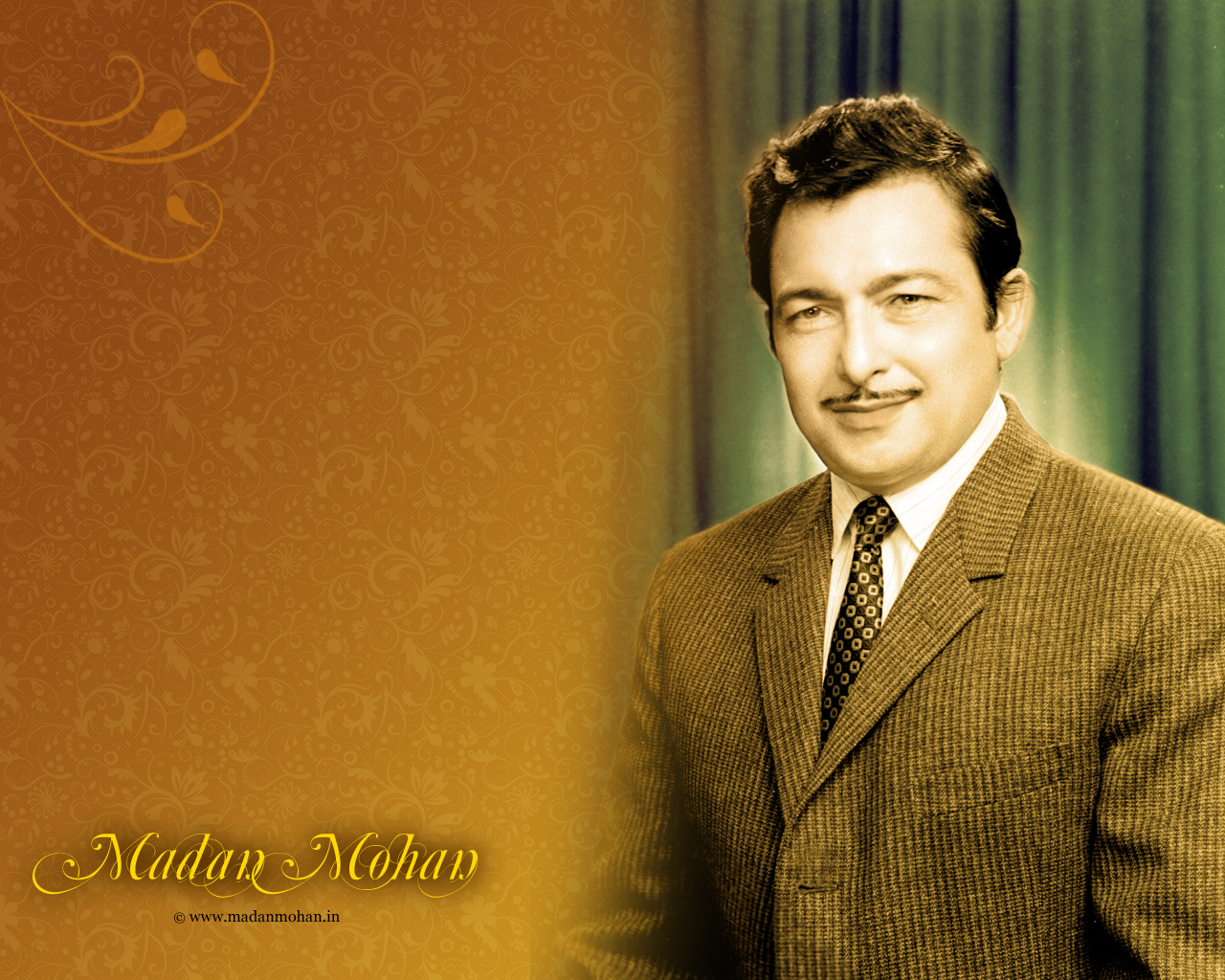 It’s impossible to have lived a life without listening to the Madan Mohan songs. With an excellent legacy of musical gems, Mohan was born on 25th June 1924 in Baghdad. No! Your eyes are working just fine. This fine music director was born in Baghdad to an Accountant General father who worked with the Iraqi Police forces. Hence, most of his early childhood was spent in the Middle East.

You must be thinking how come he became interested in music? Well, he was a natural. At the age of two, he was able to recognize songs on the gramophone. His mother was the one from whom he inherited his melodic talent. She was said to be a great admirer of music and was a poet herself. Around 1932, his parents left him under the care of his grandparents in Lahore (before Independence). His grandfather, Hakim Yograj, just like his mother, was an enthusiast too. That’s where his musical journey began. He acquired basic classical music skills under the guidance of Kartar Singh for a short period of time. Despite the basics, he didn’t get much formal music training.

Madan Mohan predominately worked during the 1950s, 1960s, and 1970s era. His music is an astonishing mix of classical Hindustani music with contemporary movie-styled songs. The best example of his musical prowess is the fact that even after passing away in 1975, his music made the 2004 iconic Veer Zara movie a classic. Fortunately or unfortunately, his big break came in form of singing rather than the music direction. So, in 1947, Mohan got his first chance to record two ghazals that were penned down by Behzad Lucknawi. Just after three years, in 1950, he got his first big break as a music director for the movie Aankhen. After this, he never looked back. In following years he gave some of the biggest hits like “Meri yaad mein tum na” from Madhosh (1951); "Kabhi na kabhi koi na koi toh aayega" from Sharabi (1964); “Teri aankh ke aansoo” from Jahan Ara (1964). Madan gave some of the most memorable songs in the 1960s. His tunes in Aap Ki Parchaiyian (1964), Dulhan Ek Raat Ki (1966), Naunihal (1967), Heer Ranjha (1970) ruled every household. His smashing collaboration with both Lata Mangeshkar and Mohammad Rafi became not only a professional partnership but a long-standing friendship. Lata Mangeshkar once recalled that while recording for a song in Mera Saaya, some of the off-key musicians irked the maestro. He was so livid with the whole scenario that instead of opening the glass door and reprimanding them, he instinctively punched it. As a result, his hand got hurt and he started bleeding excessively. But his anger didn’t dissipate and he carried on with his reproach "Besura Bajate Ho? Sur Ke Saath Beimaani Kar Rahe Ho? Sharam Nahi Aati?" This was the level of his dedication and sentiments towards the music.

The Haunting Melodies of Veer Zara If you are not already aware, we would love to surprise you with the fact that some of the unused tunes of Madan Mohan were used in the 2004 blockbuster Veer Zara. These tunes were recreated by his son Sanjeev Kohli and were then used in the movie. The most heartening thing about the whole process was that his soul-sister, Lata Mangeshkar, was once again invited to celebrate and sing his songs. And just like before, it was magic!

On 14 July 1975, Madan Mohan parted from us due to liver-related issues. He was loved by not only his fans but his colleagues as well. On his funeral procession, big stars like Amitabh Bachchan, Rajesh Khanna, Dharmendra, and Rajendra Kumar helped to carry him.

Let’s celebrate this day by not only listening to his timeless tunes but by remembering him well. Do share your favorite songs of his with us! Mine is Aapki nazron ne samjha from the movie Anpadh.