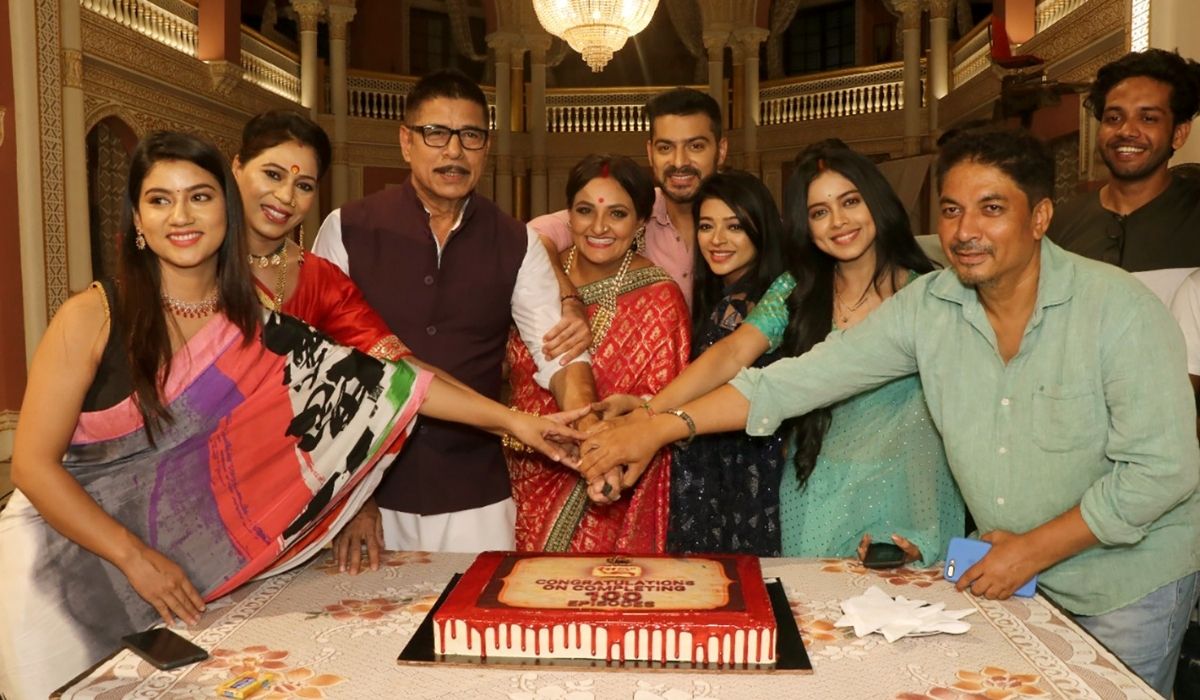 Dangal TV's Rang Jaun Tere Rang Mein has completed 100 episodes. On this special occasion, the century was celebrated by cutting a cake on the sets of the show.

Karam Rajpal, who plays Dhruv, said, 'I am very happy to have completed 100 episodes, this journey has been wonderful. The colors of relationships are shown in this show.' Megha Ray, playing the character of Dhani, expressed her happiness on this occasion and said, 'Our show has completed its century, it is a milestone. Completing 100 episodes with consistently high TRP is a big achievement. We had never thought that in such a short span of time we will be among the top shows of Dangal TV. Everyone's blood is sweating in this show. I had a broken leg, while Dhruv had a serious back injury, despite that we all have been doing action scenes. My character Dhani's journey in the show has been different. Initially Dhani's character was about a girl, who is blunt when it comes to sharing her views. This is the theme of our show that whatever is written in destiny happens. When injustice is being done to you, then it is also necessary to take your stand, and Dhani is fighting for her rights without fear.' Dhruv said, 'Srishti has tied a black thread, Dhani is going to save me from it. It is a fight against good and evil. Dhani senses that something is wrong with Dhruv so she takes some steps.' Sudesh Berry, who plays Kashinath Pandey, said, 'This journey of 100 episodes has been a memorable one. Success is actually the result of everyone's efforts. The word Dangal is a hit, whether it is a film or a channel. Due to the hard work of the entire team and the prayers of the audience, Rang Jaoon Tere Rang Mein has become a super hit.' Ketki Kadam, essays the role of Srishti shared how it is the unconditional love of the audience due to which the show has crossed the 100 mark. 'I like my character very much. Initially a simple girl, then she takes revenge. Our show is about how even luck can change and circumstances can change. Relationships can change. Initially Srishti and Dhani were loving sisters but now there is a rift between the two. Although I have a very good friendship with Dhani off screen, we take care of each other, and share food. In the new sequence, Srishti does some drama but Dhani catches up,' she says. Diksha Dhami, who is playing the role of Pooja Pandey said, 'This journey of hundred episodes has been fun for all of us, we got to learn a lot and also formed relationships with many people.' Meena Mir, who is playing the role of bua ji, said, 'The entire team of the show, all the fellow actors, directors, technicians are very good. Our character Bua ji is being appreciated a lot, we have different shades in the show.' Urvashi Upadhyay, playing the role of Roopa Pandey, said, 'First of all I would like to thank all the viewers who liked us. There are different shades of life in our show and those colors were appreciated by the audience. It is because of audience love that our serial is at number one position. I am missing my elder son Abhishek Pandey (Udit Shukla) who is in jail.' Rang Jaun Tere Rang Mein airs at 9.30 pm on Dangal TV at 9:30 pm.
PreviousNext
Trending

Shraddha Kapoor To Join This Club: Remo D’Souza Welcomes Her!

Sania Mirza and Shoaib Malik Marriage In Trouble: Are They Getting Divorced Amid Cheating Rumors?