Fahadh Faasil, who Plays Antagonist In ‘Pushpa’ Talks About ‘Pushpa 3’ 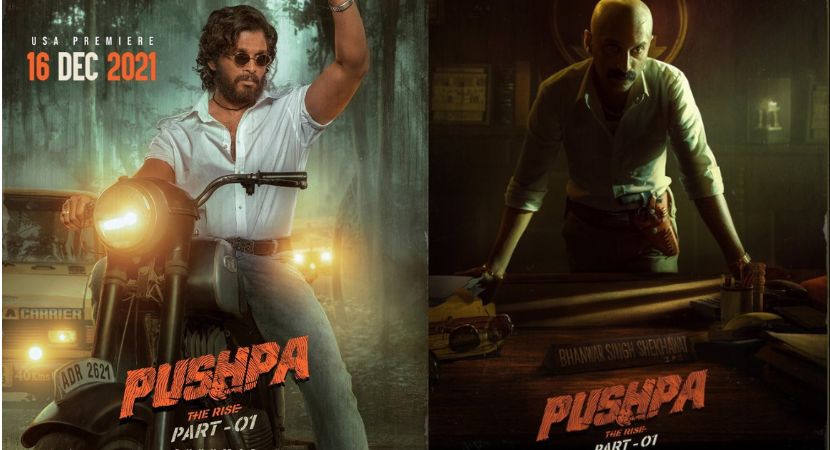 After the stupendous success of ‘Pushpa: The Rise’, the actor who plays the role of the cunning SP Bhanwar says there is a possibility of ‘Pushpa 3’.

‘Pushpa: The Rise’ is among the biggest blockbusters of the year for Indian cinema. This Telugu-language film was dubbed in various languages and it was a major hit in the northern region of the country. Allu Arjun’s charismatic performance and an unusual backdrop of red sandalwood smuggling, ‘Pushpa: The Rise’ emerged as a total winner. Recently in an interview with The Cue Studios, the antagonist of the movie played by the Malayalam actor, Fahadh Faasil revealed the possibility of ‘Pushpa Part 3’.

The ‘Vikram’ actor shared that “When Sukku sir first told me the story, #Pushpa was only in one film, after the police station scene and my part in the second half, then it became two parts. Recently when he talked to me, he said be prepared for #Pushpa3 because he had enough materials to do it”. The next installment titled ‘Pushpa: The Rule’ has been announced but the release date has not been decided. What do you think about this news? Are you excited about the next part? Comment below.

Pushpa 2 Update: First Picture from the Sets of Allu Arjun’s ‘Pushpa: The Rule’ Is Out!

Indian Of The Year 2022: Allu Arjun Is The First South Indian Actor To Achieve This Feat!