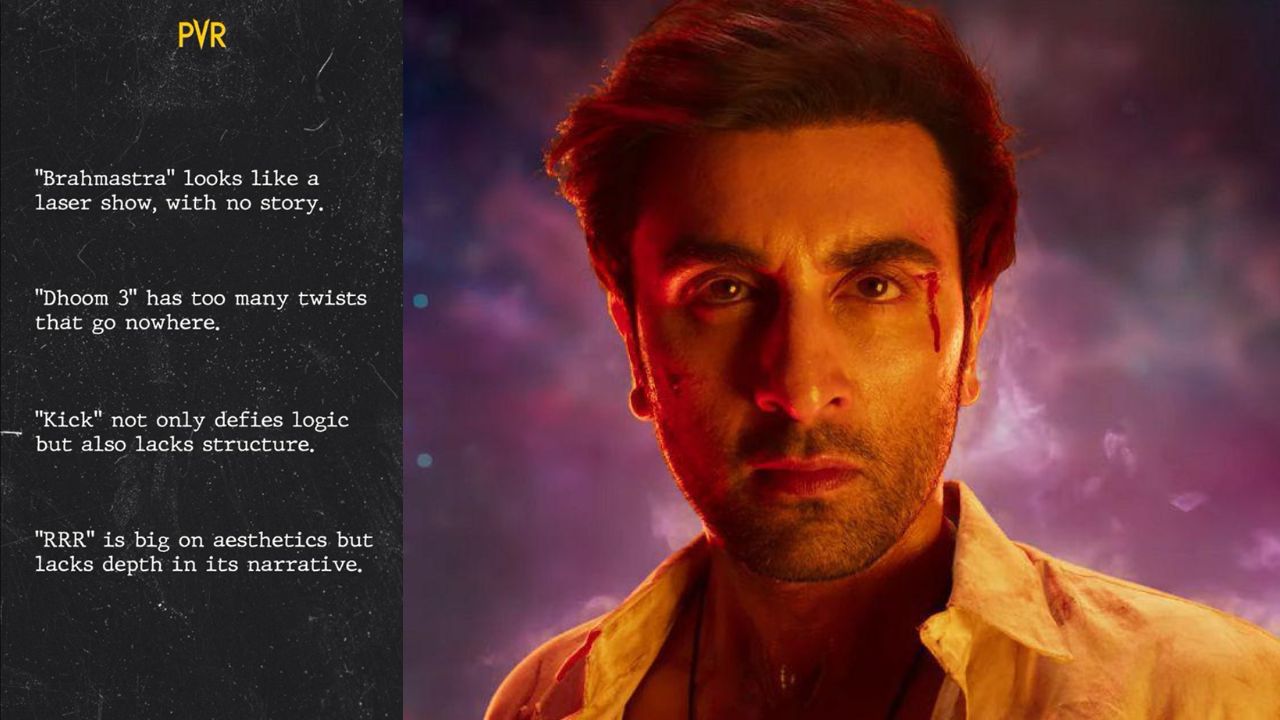 PVR throws some shade on the critics who are pulling ‘Brahmastra’ down.

PVR Brahmastra: PVR has been promoting many films but lately after the release of Ranbir Kapoor, Alia Bhatt, Amitabh Bachchan, and Nagarjuna starred ‘Brahmastra’, PVR has been on a spree. While promoting the upcoming film ‘Chup: The Revenge of the Artist’ starring Dulquer Salmaan, Sunny Deol, and Pooja Bhatt, PVR threw some serious shade at the critics.

Sharing the video clip, the lines read “‘Brahmastra’ looks like a laser show, with n story. ‘Dhoom 3’ has too many twits that go nowhere. ‘Kick’ not only defies logic but also lacks structure. ‘RRR’ is big on aesthetics but lacks depth in its narrative”.

Have a look at the video here.

‘Chup’ is releasing on 23rd September 2022 and it is based on the critics’ rating system and how they do not defy the success of a film. Emphasizing the importance of the audience, the PVR clip is all about the choice of the viewers. Stay tuned with Mayapuri for all the latest Bollywood news.