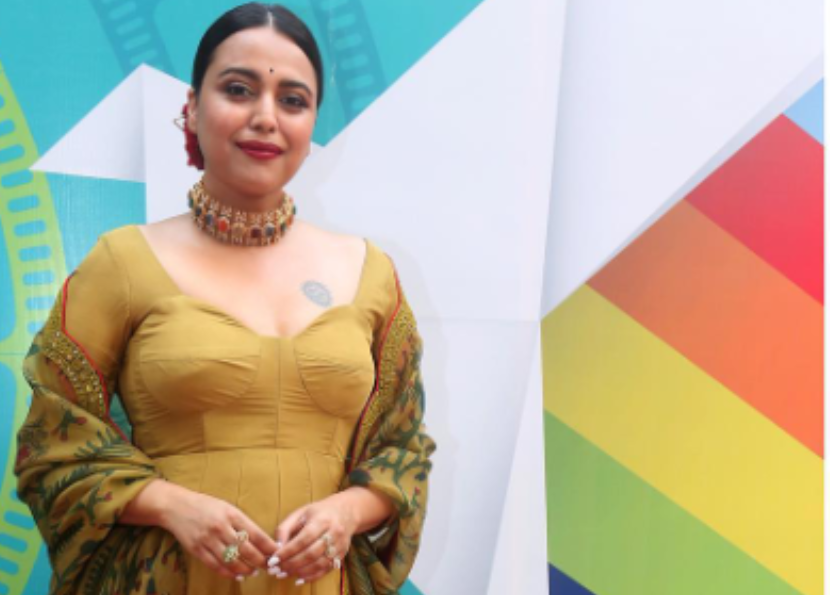 Bollywood Actress Swara Bhaskar is set to be seen in her biggest upcoming project. Actually, Swara Bhaskar has signed for the film 'Mrs Falani', to be directed by Manish Kishore and Madhukar Verma and written by Shweta Ruby. The film is produced by Rakesh Dang, Manish Kishore, Madhukar Verma and Sofia Aggarwal. The film is being produced by 3 Arrow Productions with co-production house Sita Films as well as 'Mrs Falani ‘will be the first production film of 3 Arrow Productions. 'Mrs Falani' is a female-oriented film and Swara will be seen playing the lead role in nine different characters.

The director of 'Mrs Falani' Manish Kishore has also said that “Swara Bhaskar agreed to work in the film as soon as she heard the story of the film Mrs Falani, Swara liked the story of the film very much. There are 9 different stories in the film, in which Swara has 9 different roles. The most important thing is that every character of Swara is completely different from each other”. Manish also added “Every story of Mrs. Falani talks about the latent desires of married women of small towns. In every story of the film, Swara will play the role of a married woman between 35 and 45 years old. In some stories, she will also play the role of a mother of 10 to 15-year-old children. In our film, we will beautifully depict the latent desires of a woman and her struggle to fulfill her dreams and break all the taboos of life”.