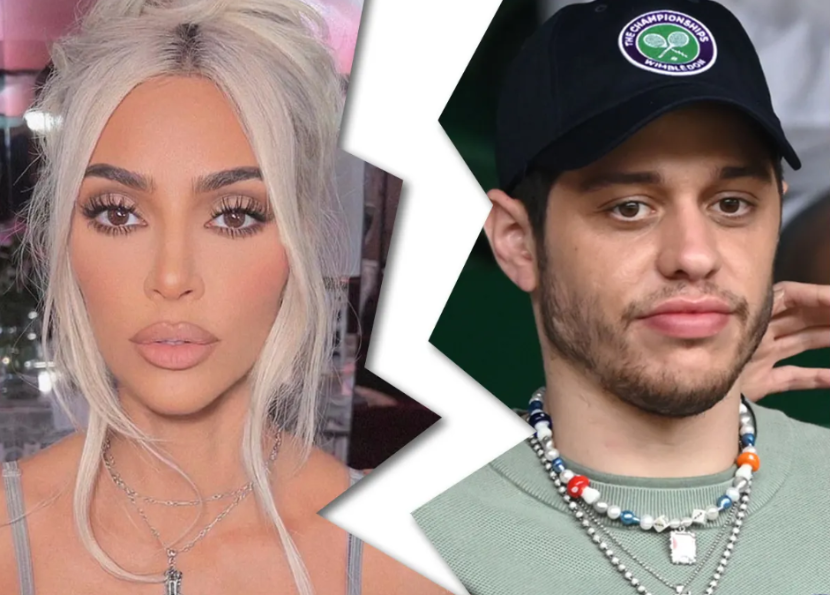 Source : Google Kim Kardashian and Pete Davidson broke up after being in a relationship for 9 months.

The breakup between celebrities is very common in Bollywood, Tollywood or the Hollywood film industry. Every day the news of someone's breakup keeps on coming. In this, the news of the breakup of another Hollywood celebrity has come. Actually, popular TV reality show star Kim Kardashian and American comedian Pete Davidson have parted ways after 9 months of a relationship. Kim Kardashian and Pete Davidson began dating in October 2021, when Kim hosted ‘Saturday Night Live’ and Pete had been in the cast for eight seasons. According to the sources “Part of the reason they split was because of their busy schedules. They both travel all the time and it was hard”. Also as per the E! News “ they have a lot of love and respect for each other," but they found that the long-distance dynamic and their demanding schedules “made it really difficult to maintain a relationship." Kim Kardashian is 41 years old and the mother of four children. Meanwhile, she is also going through a divorce with her husband Kanye West, a popular American rapper. On the other hand, Pete Davidson is 28 years old and is a popular comedian who is also in the news for his romantic relationships. Deepika Padukone Had A Time When She Thought Of Committing Suicide

Karan Johar’s Appreciation Post For His Rocky Aka Ranveer Singh