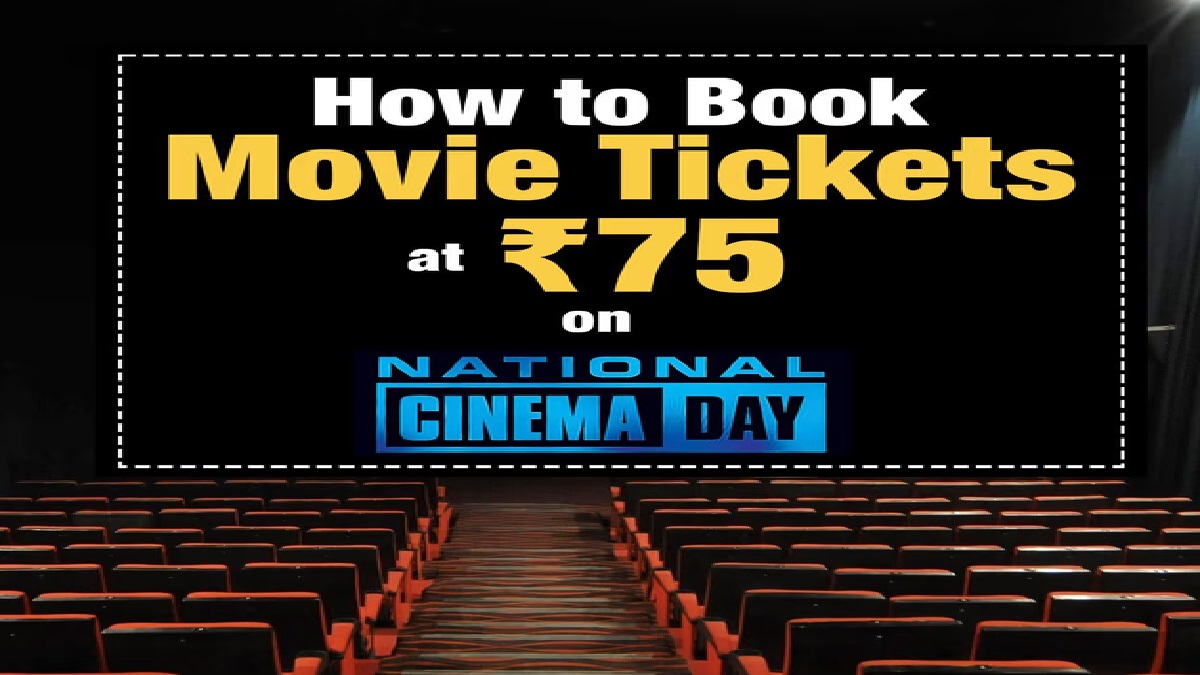 National Cinema Day 2022: It’s impossible that you haven’t heard about the discounted movies that are going to run in the theatres on 23rd September 2022.  Multiplex Association of India (MAI) announced this wonderful news in order to celebrate moviegoers all across India. Dedicated to movie watchers across the nation, everyone can watch a movie for just Rs. 75.

So all movies are available at the National Cinema Day on 23rd September 2022?

If you’re in for Indian movies, the following are available at the price of just 75. ‘Chup: The Revenge of the Artist’ is an upcoming thriller film that is going to release on 23rd itself. It stars Dulquer Salmaan, Sunny Deol, and Pooja Bhatt in pivotal roles. The plot revolves around the serial killings of various movie critics. Interesting right? Book now!

The Tamil language romantic film has become the talk of the town. ‘Sita Ramam’ stars Dulquer Salmaan and Mrunal Thakur in the lead roles. It follows the story of an orphaned soldier and his never-ending love letters.

Said to be the biggest blockbuster of the year, ‘Brahmastra’ is a story about a man named Shiva and how he can harness the power of Agni Astra. It stars Bollywood superstars Ranbir Kapoor, Alia Bhatt, and Amitabh Bachchan. Another thriller that is going to release on 23rd September, ‘Dhokha’ stars R Madhavan, Khushali Kumar, and Aparshakti Khurana in the lead role. It looks like a story of a troubled couple who are being held hostage by Aparshakti Khurana’s character.

‘Jahaan Chaar Yaar’ is a Swara Bhaskar starrer movie that depicts the life of four married women and how they go on a holiday trip to Goa. From the trailer, we can see that this seemingly innocent trip descends into madness.

One of the highly appreciated movies of the year is ‘Karthikeya 2. This Nikhil Siddhartha starrer film was made on a shoe-string budget and was lauded for its effort to make a uniquely creative film.

For all the movie watchers who are into the firangi masala, go for the below films.

One of the last films by Marvel that was impeccable in both story, style, and execution was the Tom Holland, Zendaya, and Willem Dafoe starrer ‘Spider-Man: No Way Home’.

James Cameron directed ‘Avatar’ is a 2009 epic science fiction film that stars Sam Worthington and Zoe Saldana. Said to be the path-breaking 3D film, ‘Avatar’ is back with its highly anticipated sequel ‘Avatar: The Way of Water’. Before the sequel watch the first part for just Rs. 75.

Everything Everywhere All at Once (2022)

Everything Everywhere All at Once is a science fiction comedy film which is written and directed by Daniel Kwan and Daniel Scheinert. Starring Michelle Yeoh, Harry Shum Jr., Jamie Lee Curtis, and more, this film is a must-watch. Especially at just rupees seventy freaking five! Tom Cruise is back with his biggest films and with the biggest bang ever. One of the most internationally successful films of the year is the good old Top Gun, ‘Top Gun Maverick’ is for the books.

Stay tuned with Mayapuri for the latest entertainment info.

Dussehra 2022: Sony SAB stars talk about the fond memories and significance of the festival