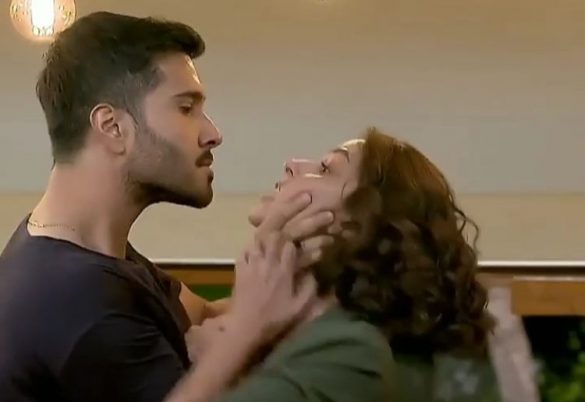 Popular Pakistani drama actor Feroze Khan has been accused of psychological and physical violence by his wife, Aliza Sultan.

Feroze Khan & Aliza Sultan Divorce: Khuda Aur Muhabbat famed Feroze Khan has gained popularity on both sides of the border. Known for intense, grey-shaded characters, Feroze gained a lot of traction. Before being linked up with another popular Pakistani actress Sajal Aly, Feroze settled down and tied the knot with his cousin Syeda Alizey Fatima in 2018. The couple had two kids, a son named Mohammad Sultan Khan and a newly born daughter Fatima Khan.

After almost 5 years of marriage, the couple announces that they are separating and have filed for divorce. Aliza Sultan shared her torturous journey and shared “Our marriage of four years was an utter chaos," Aliza said in a statement. "In addition to continuous physical and psychological violence during this period, I had to endure infidelity, blackmail, and degradation at my husband's hands”.

She continued “I’ve reached the sad conclusion that I cannot spend my whole life in this horrific manner. The welfare and wellbeing of my children have played a significant role in this decision. I do not want them to grow up in a toxic, unhealthy and violent household. I am afraid that their mental development and approach to life would be negatively impacted by exposure to a such hostile environment”. Feroze retaliated against Aliza’s comments by releasing his statement on Instagram as well.

Stay tuned with Mayapuri for all the juicy details.

Dussehra 2022: Sony SAB stars talk about the fond memories and significance of the festival

Varun Dhawan’s Reviews On Alia Bhatt And Ranbir Kapoor’s ‘Brahmastra-Part One:Shiva’ Said- He Had A Great Time Watching The Film