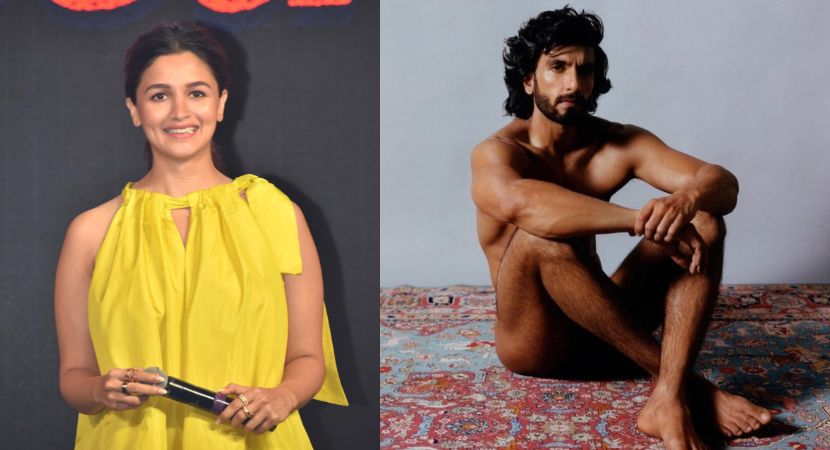 At the trailer launch of her latest film ‘Darlings’, lead actress Alia Bhatt shares her sentiment toward her favorite co-star, Ranveer Singh.

Yesterday, the trailer of the upcoming black-comedy film ‘Darlings’ starring Alia Bhatt, Shefali Shah, Vijay Varma, and Roshan Mathew, was launched. In the subsequent trailer launch event, Alia Bhatt was asked to comment on the viral nude photoshoot done by her ‘Gully Boy’ co-star, Ranveer Singh. A media person asked “your costar Ranveer Singh has been trolled for posing nude on social media. What do you have to say about that?” The moderator tried to intervene and indicated that Alia doesn’t have to answer the question but the ‘Dear Zindagi’ actress graciously answered it and said “I don’t like anything negative said about my favourite Ranveer Singh. Toh main yeh question ko matlab baradasht bhi nahi kar sakti hoon (trans. I can’t even tolerate this question). He’ll be eternally favourite to every one of us, actually. He has given us so much at the movies so we should only give him love”.

Here you can watch the whole interaction.