Film Critic Kaushik LM Says Goodbye At The Age Of 35 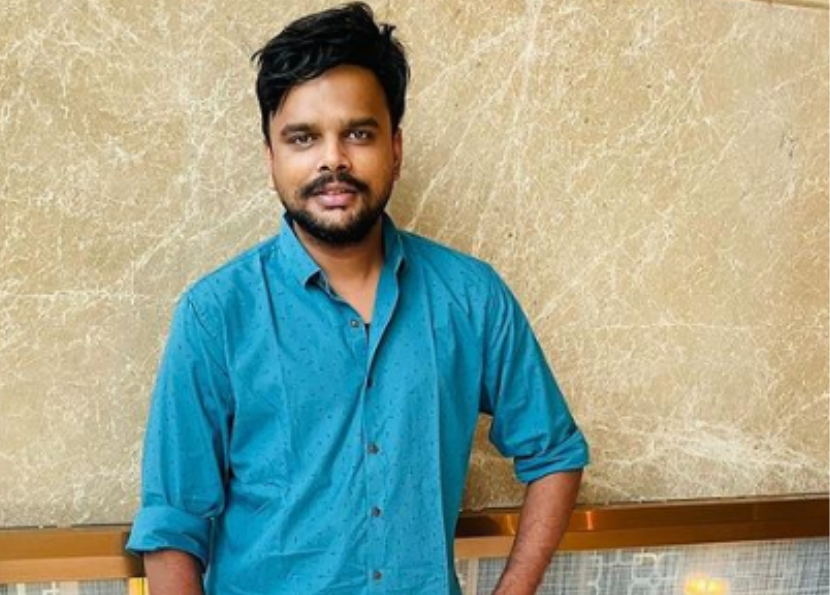 Tollywood film critic Kaushik LM died of a heart attack on Monday. Kaushik LM is also well known as an Entertainment tracker, Influencer, Youtuber, Video Jockey and film reviewer. The entire Tollywood industry is in shock and mourning due to the sudden demise of Kaushik. Celebrities expressed their grief on Twitter over Kaushik's death.

On this, Tollywood actress Keerthy Suresh was first seen writing her heartfelt note on Kaushik's death. She wrote, “I am out of words hearing this news. This is just unbelievable!! My heart goes out to his family and friends. Deepest condolences! Can't believe you are no more Kaushik! #RIPKaushikLM”.

Filmmaker Venkat Prabhu also showed his grief by writing “Omg! Can’t believe! Spoke to him a couple of days back! Life is really unpredictable! Not fair! Deepest condolences to Kaushik’s family and friends! Gone too soon my friend. #RIPKaushikLM”.

Later, actress Ritika Mohan Singh also wrote “I am writing this with a very heavy heart. I met  @LMKMovieManiac  a few times for interviews and he was always so nice and easy to talk to. Made me feel so welcomed even as a new comer. My heart goes out to his family!  This is unbelievable! #RIPKaushikLM”.

Another Tollywood actress Athulya Ravi tweeted “Deeply saddened and shocked to hear the news of @LMKMovieManiac‘s sudden demise !! Too young and very kind hearted person who is always speak positive words !! #ripkaushikLM May god give all strengths to his family and friends !!"

Not only them, but Tollywood actor Harish Kalyan also tweeted “Deeply saddened and shocked to hear the news of @LMKMovieManiac‘s sudden demise !! Too young and very kind hearted person who is always speak positive words !! #ripkaushikLM May god give all strengths to his family and friends !!”.

G. Dhananjayan, a filmmaker shared Kaushik LM’s photo and tweeted “Life is so cruel at times. Too young, very talented & soft hearted @LMKMovieManiac is no more. Sudden heartattack. At 12.28 pm he messaged me today & passed away so quickly. #RIPKaushikLM . This is not fair. You had a big life ahead. God please be kind to my friends”.

'Bhediya' Teaser Out: Varun Dhawan Is All Set To Become A Werewolf!

Satish Kaushik As Jagjivan Ram In ‘Emergency’: Kangana Ranaut Revealed The Look, Said- Last But Not The Least

Lata Mangeshkar 93rd Birth Anniversary: National Award Winning Book "Lata: A Life In Music" To Be Release By Next Year