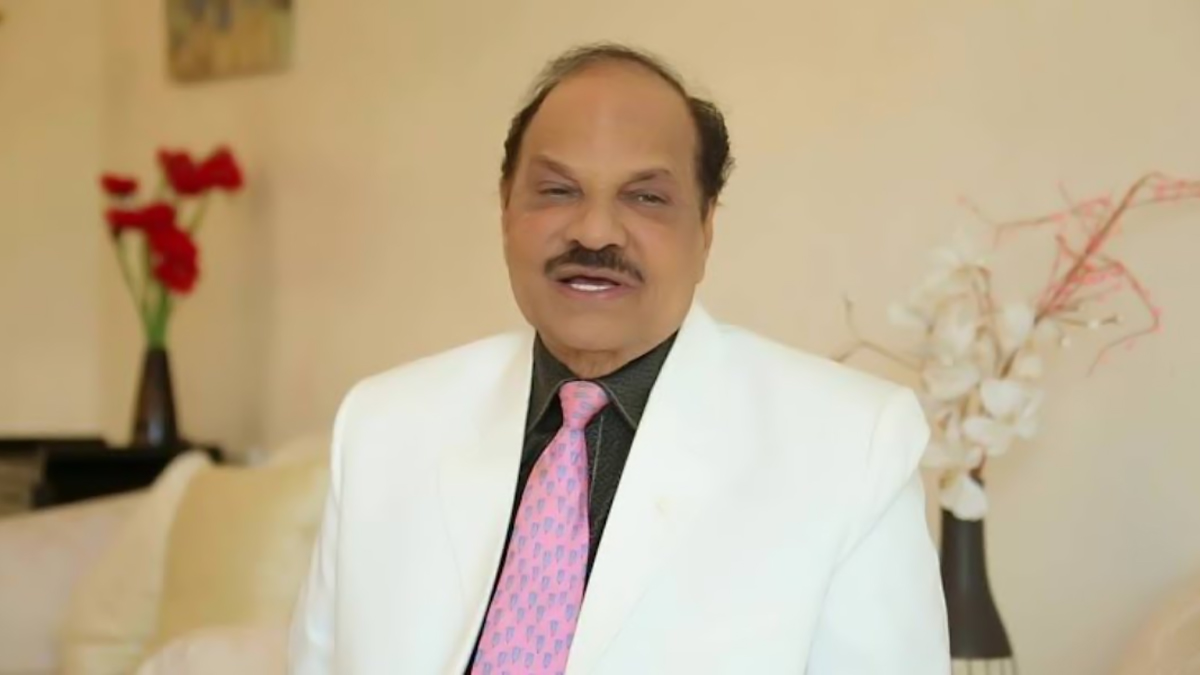 Film Producer & Businessman MM Ramachandran: He was admitted to the hospital on Saturday night after feeling chest pain. Late Sunday night, he suffered a heart attack due to which he died in Bur Dubai Aster Mankhul Hospital.

His wife Indira and daughter Dr. Manju were with him when he breathed his last. He was restarting his jewelry chain ‘Atlas Jewellery’, which was previously shut down. The banker-turned-johri was in the custody of the Dubai Police in May 2018 for delays in repayment of bank loans.

Atlas Ramachandran started his gold jewelry business in 1981 when he bought two kilos of gold with whatever money he had in hand. From then there was no looking back till his arrest by Dubai Police in 2018.

In an interview with The New Indian Express, Atlas recalled how he was betrayed by his former managers. Due to this, he was arrested and sentenced to jail. More than 3,000 kg of gold, valued at AED 740 million (Rs 1583.77 crore), spread across 44 jewelry shops in six countries by the Gulf Cooperation Council, disappeared after he was released from prison which left him in poverty.

He had also produced many films like 'Vaishali', 'Dhanam', 'Vastuhara', 'Kaurvar', 'Chakoram', 'Innale' and 'Sukrutham' and also 'Arabikatha', 'Subhadram', 'Anandbhairavi', 'Malabar'. He had also acted in films like 'Wedding' and '2 Harihar Nagar'. Not only this, he ventured into directing with the film ‘Holiday’ and was the owner of Chandrakantha films.

Stay tuned with Mayapuri for the latest entertainment news.