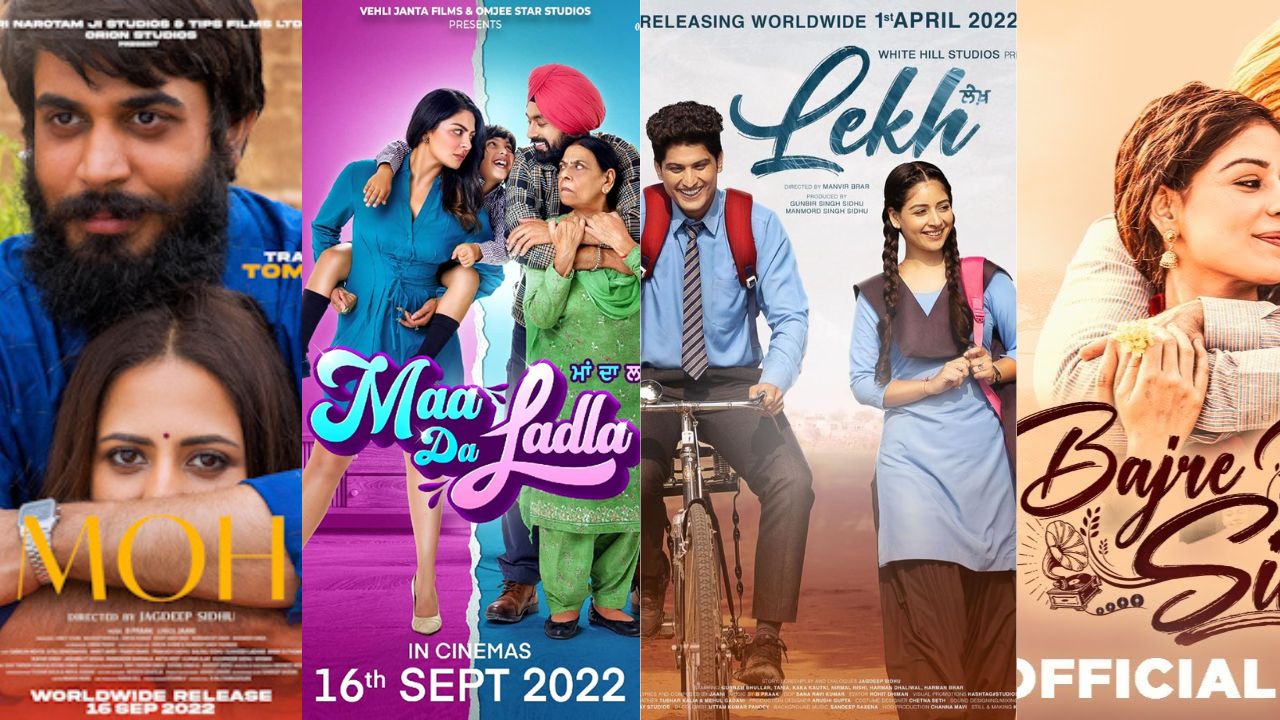 Source : Mayapuri Punjabi cinema is now experimenting with diverse genres and meaningful themes and these films exemplify just that

Punjabi cinema is now experimenting with diverse genres and meaningful themes and these films exemplify just that:

Regional cinema is seeping into the national consciousness like never before and we bring you five exemplary Punjabi films to prove this point. These films have blended creative and thematic diversity with entertainment and told stories that are relatable and yet seem mint fresh.

1. Oye Makhna:
This Yoodlee Films production blends the great comic timing of acting stalwarts like legend Guggu Gill with the charisma of young superstars like Ammy Virk and Tania, which offers the audience an endearing romantic comedy as well as a wholesome family entertainer. And there is the music that is already a rage with songs like 'Chann Sitarey', " Cheez Ki Haan', 'Chum Chum Rakheya' and Chad Gayi Chad Gayi',

Slickly shot, written with great fluency and wit by Rakesh Dhawan and directed by Simerjit Singh, the film will make you laugh, sing and dance at the same time. The film also makes you sentimental when the hero falls in love with a girl only by seeing her eyes and finds himself caught in a personal dilemma with his uncle. The film is an example of family drama and how Ammy and Guggu Ji's relationship mend in the movie. Fans cannot wait to see what kind of a project Yoodlee will initiate next in the Punjabi film industry. The film is drawing big crowds across India. 2. Maa Da Ladla:
'Maa Da Ladla' is a nice family comedy directed by Uday Pratap Singh that encourages audiences to focus on the beauty of life and the value of once-in-a-lifetime relationships. Starring Tarsem Jassar, Neeru Bajwa, Iftikhar Thakur and Naseem Vicky, the film is about a single mom living in England who wants a stranger to act as her son's father. As the pretend father and son get closer, her feelings go through many shifts. Many conflicts and comic situations later, the accidental family finds itself in a lifelong bond of love and trust. With nice production values, beautiful locations and the star power of Neeru Bajwa and Tarsem Jasser, the film checks all the boxes of entertainment as well as thought-provoking life lessons. It is produced by  Manpreet Johal and Ashu Munish Sahni. 3. Moh
'Moh' directed by Jagdeep Sidhu, is a stark, artistic, heartfelt film about unrequited love between two star-crossed people who are divided by their age difference and social circumstances but remain connected mysteriously. Starring Sargun Mehta and debutant Gitaz Bindrakhia, the film explores the many shades of love from childish infatuation to heartbreak to a passion that grows toxic and self-destructive but cannot be cleansed out of the soul. Produced by Shri Narotam Ji Productions, Tips Films Ltd. and Orion Studios, the film's  nonlinear storytelling, gritty writing and realistic  portrayal of an ill-fated  love remind audiences of another classic tragedy, the 1989 film, 'Marhi Da Deeva.'  Add to the story, the poetry of  Shiv Kumar Batalvi and Jaun Elia and you have a modern classic that will remain with you for a long time. 4: Lekh
This one is for the fatalistic at heart and the film basically argues that sometimes fate decides the course of our lives and it is best to comply than to rage against the inevitable. Starring Gurnam Bhullar and Tania in lead roles, with a special appearance by Ammy Virk,  the film is produced by White Hill Studios and is directed by Manvir Brar. Written by Jagdeep Sidhu, the film is about two school friends who are separated and then brought together by fate when one of them is already married. But have they been brought together to live happily ever after or to go their separate ways once again? The film answers this question with a broader view of life that asks the audience to count their blessings and not get fixated on what is lost forever. 5. Bajre Da Sitta:
This sensitive film about a woman's ambitions is set in the late 60s and is inspired to some extent by Parkash Kaur and Surinder Kaur, two legendary folk singers who broke musical and gender barriers with their success. In fact, the title of the film is inspired by a song sung by the two sisters.
The film is woven around Roop (Tania) and Basant (Noor Chahal) who want to be singers but are discouraged by their conservative families. Fame however is inevitable but it brings with it a lot of shame and social criticism as well. The girls are forbidden to sing again and what happens next is an engrossing comment on the ways women's voices have always been suppressed.
Directed by Jass Grewal, the film also stars Ammy Virk in a surprisingly grey role and Guggu Gill as a patriarch.