Urfi Javed Slams ‘Anupamaa’ Actor Sudhanshu Pandey After Being Called “Ghastly”: She Fires Back and Calls Him Hypocrite! 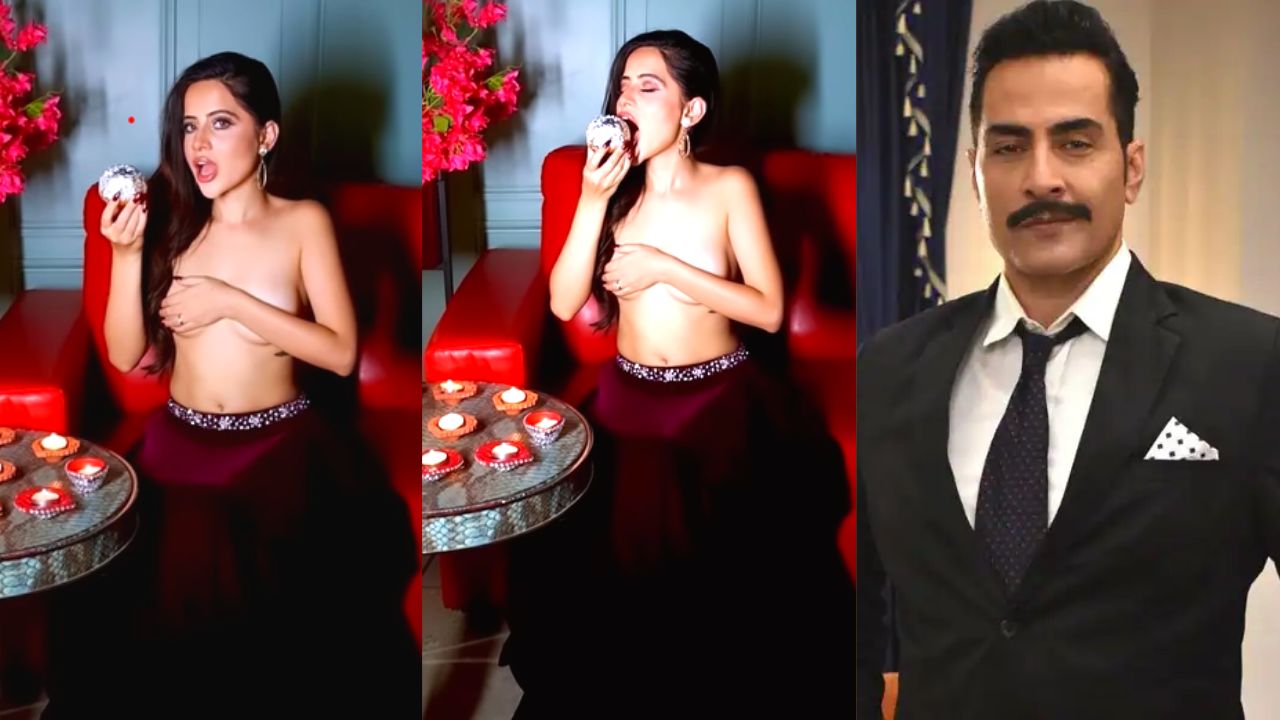 Urfi Javed Sudhanshu Pandey Fight:  Often in the news due to her bold dressing senses and unusual fashion choices, Urfi Javed is always in the headlines. Even though she gets trolled for her clothing and style, Urfi is always steadfast in her values and beliefs. Recently, on Diwali, the actress and model wished her fans by sharing a topless video. The ‘Anupamaa’ famed Sudhanshu Pandey was irked by this.

In a deleted Insta post, Sudhanshu reprimanded Urfi by saying that he doesn’t follow Urfi, but he was still forced to see “ghastly” things every day. He blamed the news channels for this. He was appalled by the news channel promoting such things on a holy festival like Diwali and during the day of Lakshmi Puja. 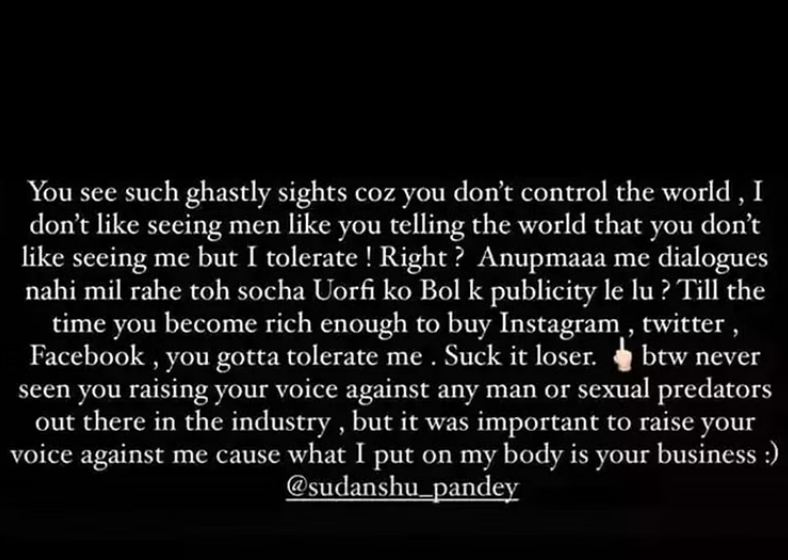 Lashing out at the actor who plays the lying, cheating ex-husband Vanraj, Urfi stated “You see such ghastly sights coz you don't control the world. I don't like seeing men like you telling the world that you don't like seeing me but I tolerate! Right? Anupamaaa me dialogues nahi mil rahe hai toh socha Uorfi ko bol ke publicity le lu? Till the time you become rich enough to buy Instagram, Twitter, Facebook, you gotta tolerate me. Suck it loser. BTW never seen you raising your voice against any man or sexual predators out there in the industry, but it was important to raise your voice against me cause what I put on my body is your business”.

Urfi continues to call out Sudhanshu Pandey and says “The irony. Anupamaa is a show about woman empowerment where a woman is shattering all the ‘normals’ set by the society for women. Why don’t you watch your own show Sudhanshu? Might learn something”.

She also said that “For all those saying I'm destroying Indian culture, first go learn about it. Women's body was never sexualised in Indian culture it was after the Mughal invasion women were asked to cover up. We worshipped women, their bodies. We used to respect, fear women. Also, those who want to learn, I am happy to teach y'all! Cause I did my homework online half of you m**** out there”. She also shared an article and wrote “Very well written. @sudanshu_pandey you should read this. You will understand about your hypocrisy and double standards”.

First salary: Celebs on their first paycheck, how they earned it and what did they spend it on

Dheeraj Dhoopar: Nervous About Son and Working On 2 Shows!

Did you know Actor Manit Joura can rap songs and compose them?