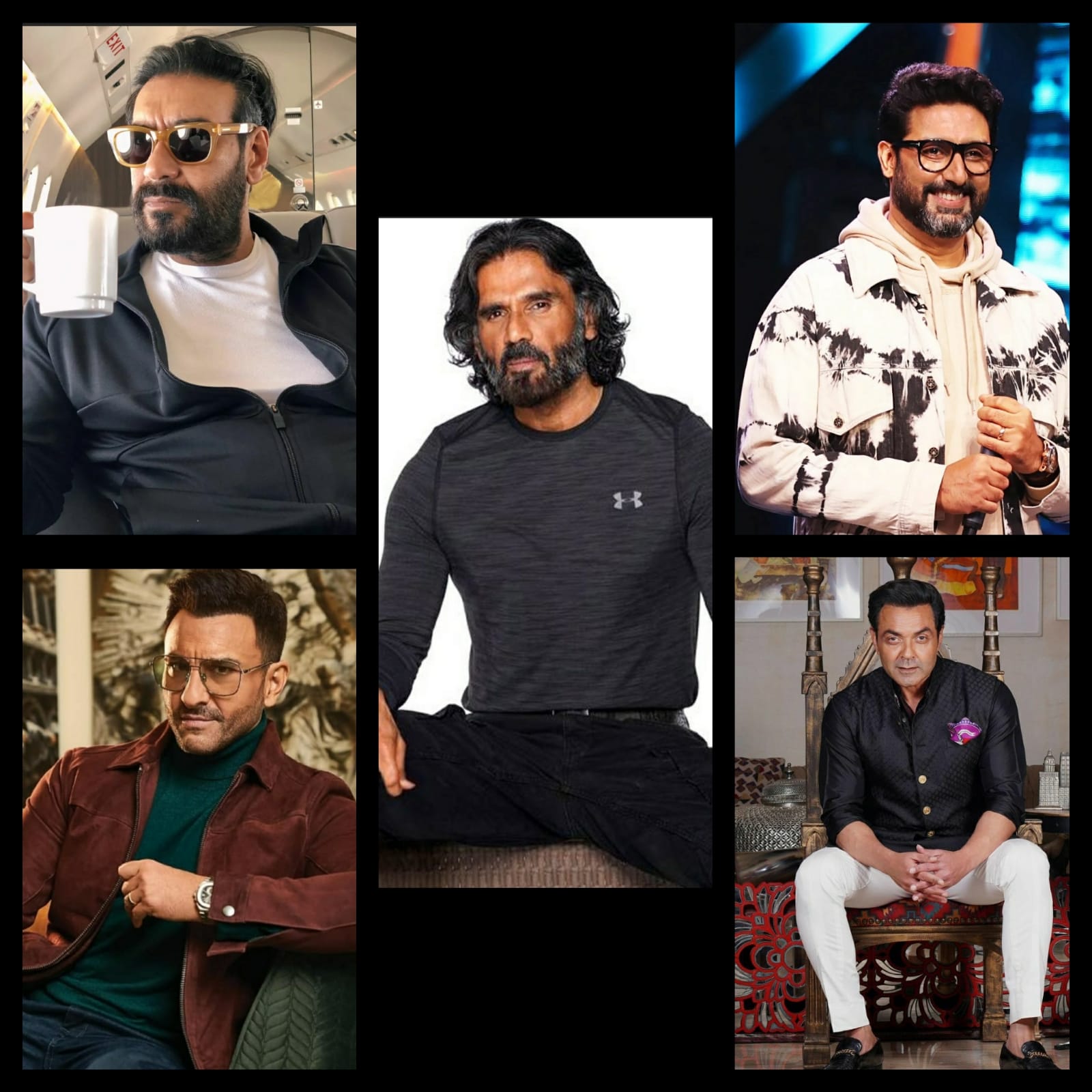 OTT platforms have been redefining the Indian entertainment industry, especially in the last few years and especially post the onset of the Covid-19 pandemic. The fathomless expanse of borderless content and thematic diversity has been attracting even big screen veterans to long-format stories they could not possibly have explored in cinema. Here is our pick of stars whose foray into OTT narratives got us all excited.

It is not hard to see why Ajay Devgn would be attracted to the British psychological crime thriller 'Luther'. The series starring Idris Elba as DCI John Luther is about a detective who doggedly goes after criminals while trying to deal with his demons and won Elba, a Critics' Choice Television Award, a Golden Globe Award, and a Screen Actors Guild Award. A Hindi adaptation seemed the next logical step and Devgn who has been busy directing and acting on the big screen for over three decades post his debut in Phool Aur Kaante (1991), decided to finally appear on the small screen as DCP Rudra. The first season of ‘Rudra: The Edge of Darkness is directed by the national award-winning director, Rajesh Mapuskar, and was released on Disney+Hotstar in March this year. Produced by Applause Entertainment and BBC Studios India, 'Rudra' also stars Atul Kulkarni, Esha Deol, and Rashi Khanna.

Suniel Shetty is a man of many parts and since his debut in the action thriller Balwaan opposite Divya Bharti in 1992, he has starred in over 100 films and is a much-loved part of the industry as a producer and actor. The trade is now excitedly buzzing about his new project in an OTT thriller produced by Yoodlee Films. The suspense-laced series titled 'Invisible Woman’ will see Shetty as a cop trying to heal his past and earn some redemption. Things however get complicated when he gets implicated in the murder of an old woman. Shetty is paired opposite Esha Deol in this much-awaited series. This also happens to be Yoodlee’s debut in the web series space and also stars Esha Deol and Rahul Dev, among others. The action-packed whodunnit is expected to release on MX Player Original.

Who would have thought that a disinterested actor who made a forgettable debut in the 1993 dud 'Parampara' would one day emerge as one of the Hindi film industry's biggest risk takers? Be it as a producer or as an actor, Saif Ali Khan today plays by his own rules and made a splash in the OTT space as a Sikh cop Sartaj Singh in the Netflix series, 'Sacred Games (2019) much before his peers had realised the potential of streamers. The series based on Vikram Chandra’s eponymous novel depicts the battle of wills between Saif's Sartaj and the gangster Ganesh Gaitonde (Nawazuddin Siddiqui). This was the first ever Indian Netflix original series and went on to be nominated for the Emmys. The two seasons produced by Phantom Films were jointly directed by Anurag Kashyap, Vikramaditya Motwane, and Neeraj Ghaywan. Saif also appeared recently in 'Tandav.'

It would not be wrong to say that Abhishek Bachchan has been able to break out of a pattern of rather mundane roles in films thanks to the varied opportunities that OTT seems to offer to actors. His role as a psychotic killer whose alter ego leads a perfectly normal life as a family man and a doctor in the second season of the ‘Breathe’ series (2020) on Amazon Prime, paved the way for an interesting cameo in Netflix's black comedy, ‘Ludo’ and in ZEE5's original thriller movie, 'Bob Viswas.' The biopic 'The Big Bull,' was also digitally released on 8 April 2021 on Disney+ Hotstar. ‘Breath: Into the Shadows’ however, was Abhishek's first brush with the long format. The series was directed by Mayank Sharma and produced by Abundantia Entertainment. Amit Sadh and Nithya Menen played pivotal roles.

Bobby Deol is truly destiny's child. He first appeared as a pudgy child artist in Manmohan Desai's 1977 blockbuster 'Dharamveer' and then made his debut as a leading man in 'Barasat' (1995). Even though the film flopped, hits like 'Gupt: The Hidden Truth', 'Soldier' and 'Ajnabi' kept him afloat, and then in 2020, he surprised everyone, including possibly himself when his MX Player series 'Aashram' became an instant hit. He also appeared in the Netflix film ‘Class of 83’ and in 'Love Hostel' that was streamed on ZEE5. 'Aashram' however continues to be the high point of his OTT foray and was directed and produced by Prakash Jha. Bobby's turn as Baba Nirala has won over even the most hardened critics. The third season of the series was released in June 2022. Aaditi Pohankar and Darshan Kumar also play prominent roles.