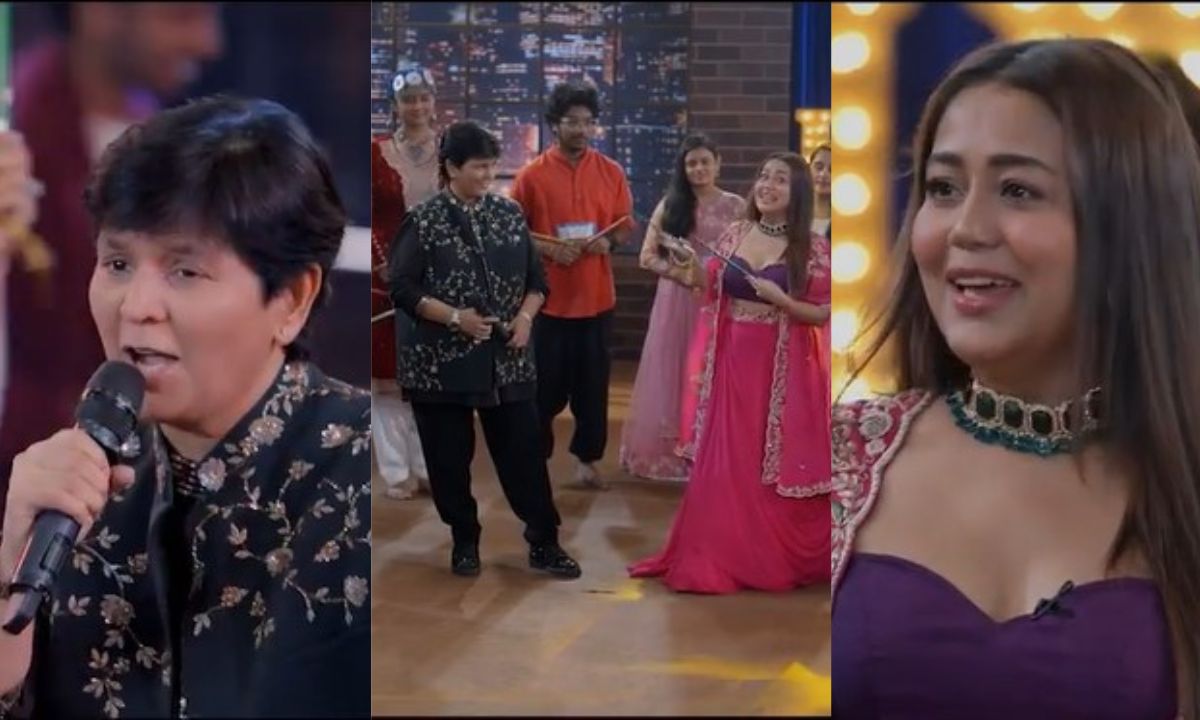 Source : Instagram Falguni Pathak made a guest appearance in 'Indian Idol' season-13 and also got trolled by netizens. &nbsp;

Falguni Pathak got trolled by netizens after her appearance as a guest in ‘Indian Idol’:

Bollywood and Reality Show breaking news of today: Navratri season is finally here and all we can recall of Navratri is the legendary singer Falguni Pathak. With great enthusiasm, everyone has started celebrating Navratri with full zeal and enthusiasm. Another thing that comes to mind from Navratri is Garba, and it is said that Garba is incomplete without Falguni's song. On this, Colors' popular singing reality show ‘Indian Idol’ season-13 is also seen celebrating Navratri with Falguni. Garba queen Falguni Pathak came as a guest in the theatre round of 'Indian Idol' where she made everyone do the Garba with her song. A short clip has also been shared on Sony Entertainment Television's official Instagram page in which Neha Kakkar, Himesh Reshammiya and Aditya Narayan were seen performing Garba. Also in the caption, it is written “Indian Idol ke manch par hogi garba night with Falguni Pathak! Dekhiye Indian Idol 13, Theatre Round mein! Iss shanivaar aur ravivaar, raat 8 baje, sirf Sony par!” The clip also shows that Neha Kakkar giving a warm welcome to Falguni Pathak on the show, though recently she was trolled for singing Falguni's popular 90s song 'Maine Payal Hai Chhankai'. In the video, Neha is seen saying that today is a great day though it is the theatre round and it would be great if we start with the name of Mata Rani which is a beautiful part and even today we have the legendary Falguni Ma'am with us.

However, after Neha Kakkar's 'O Sajna', the remake of 'Maine Payal Hai Chhankai', Falguni Pathak was seen reacting badly to the song. But after Falguni’s appearance on 'Indian Idol' users were seen very angry at Falguni and Neha and are also accusing them of grabbing the attention of the netizens. Many users started trolling it by calling it a publicity stunt, some said that they can do anything just to promote their song. Some users also started saying that it is very easy for them to fool the public just to get fame. Let us tell you that, 'Indian Idol' Season-13 premieres every Saturday and Sunday at 8 PM only on Sony TV.