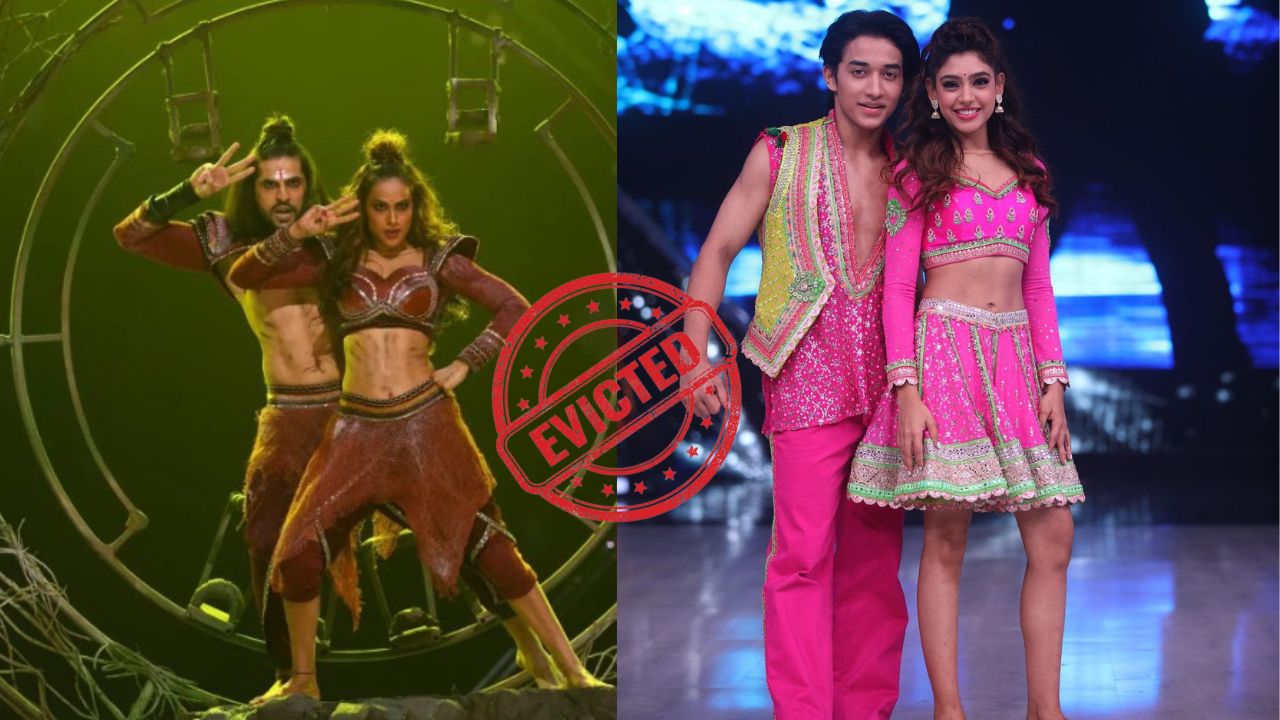 ‘Jhalak Dikhhla Jaa’ Season-10 saw a double elimination in the semi-final week where Niti Taylor and Nia Sharma got eliminated:

Colors' popular dance reality show ‘Jhalak Dikhhla Jaa’ Season-10 is one of the most loved shows nowadays. Many well-known faces were seen on the show, among those some of them have been evicted so far. Let us tell you that, 'Jhalak Dikhhla Jaa' is telecast every Saturday and Sunday, where in every episode, the contestants are seen setting the dance floor on fire with their tremendous performance. On which, it becomes very difficult for the judges Madhuri Dixit, Karan Johar, Nora Fatehi as well as the audience to evict any contestant. But according to the format, a contestant has to be evicted every week, but this time there were two eliminations, which has surprised everyone. The recent episode of ‘Jhalak Dikhhla Jaa’ Season-10 double elimination took place where two popular television actresses Nia Sharma and Niti Taylor got evicted from the show. Let us tell you that, the finale of the show is around the corner and last week was the semi-finale week where four contestants Nishant Bhat, Faisal Sheikh, Niti Taylor and Nia Sharma were at the bottom as per the audience votes. Then, Nia Sharma’s name was announced due to less votes among the other four contestants. But it doesn’t end here, the judges also announced Niti Taylor’s name where the judges said that there was no elimination last week and Neeti got less votes. This double elimination left everyone shocked and meanwhile, Nishant Bhat, Faisal Sheikh, Rubina Dilaik, Sriti Jha, Gunjan Sinha and Gashmeer Mahajan qualified for the grand finale of ‘Jhalak Dikhhla Jaa’ S-10. On the other hand, Nia Sharma shared a video on her Instagram and penned down her journey in 'Jhalak Dikhhla Jaa' S-10. Let us tell you that Nia's choreographer was Tarun Raj Nihalani who also shared the post on his Instagram. Talking about the note, Tarun appreciated all the efforts put in by Nia during the show and said that “people will never forget how you made them feel”. He also added, “I always use to stand behind you but you always held my hand, pulled me ahead to stand with you and given that equal limelight and importance which touched my heart”. Lastly, he thanked Nia Sharma for being with him on the roller coaster ride of ‘Jhalak Dikhhla Jaa’.

Along with this, Niti Taylor also shared a picture of herself with her choreographer Akash Thapa on Instagram. While posting the picture, she also penned down an emotional long note about her journey in ‘Jhalak Dikhhla Jaa’ Season-10. Niti wrote, “This has actually been a roller coaster ride for me, from the beginning to the end!” Then she thanked her choreographer Akash Thapa “Firstly I will begin with thanking everyone for showering so much love to me, and supporting me in this beautiful journey..I want to thank my little baby @theakashthapa”. Niti wrote while praising Akash “you are an amazing dancer, and so so graceful never stop doing what you love, and at such a young age you have achieved itnaaa saaraa and you know how proud I am and I wish and hope all your dreams come true and I will be the happiest for you”. Lastly, Niti Taylor wrote “Thank you Jhalak for this opportunity”.