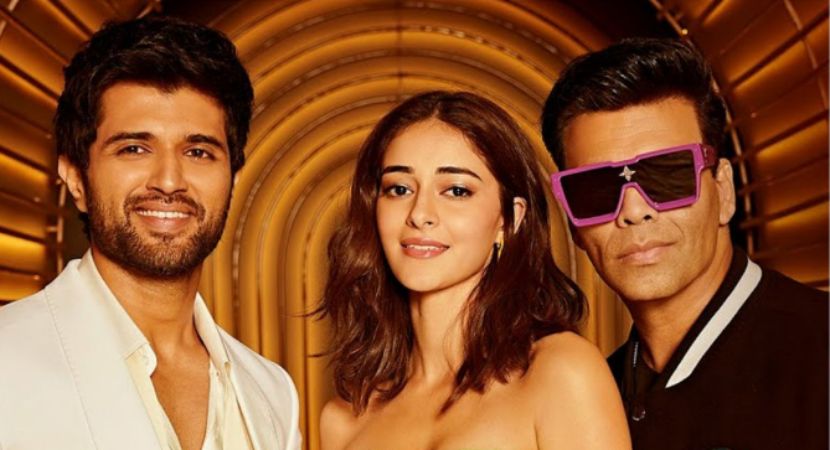 Source : Google Vijay Deverakonda and Ananya Panday were seen in 'Koffee With Karan' Season-7 E5. Ananya has revealed the secrets of Bollywood stars.

Karan Johar's show ‘Koffee with Karan’ Season 7 is constantly in the news. In the fourth episode of the show, Tollywood actor Vijay Deverakonda and Bollywood actress Ananya Panday were seen drinking coffee with Karan. During the show, Ananya and Vijay revealed many secrets related to their personal life. On the show, Karan had also asked Ananya Pandey about the relationship status of Bollywood celebs. Firstly, he first asked about her co-actor Vijay Deverakonda. After this, Karan also mentioned Tiger Shroff, to which Ananya replied, “Voh apni disha acche se jante hai aur unki disha ekdum saaf hai”. After this, Karan Johar asked her about the relationship of Janhvi Kapoor, in response to which Ananya told that she is single. In the end, Karan Johar also asked Ananya about Kiara Advani where the actress sarcastically answered, “unki raatan kafi lambiyan hai”. It is not the end, after this, Karan also asked that “who is her Ranjha?” In response to this, Ananya gave him a hint about Kiara and Sidharth and after getting her hint he replied, “Wake up Sid”. Now, this comment of Karan Johar has confirmed to the people that Kiara Advani and Sidharth Malhotra are indeed dating each other. Let us tell you that Vijay Deverakonda and Ananya Pandey will be seen together in their upcoming film 'Liger'. The film is going to be released on 25th August.