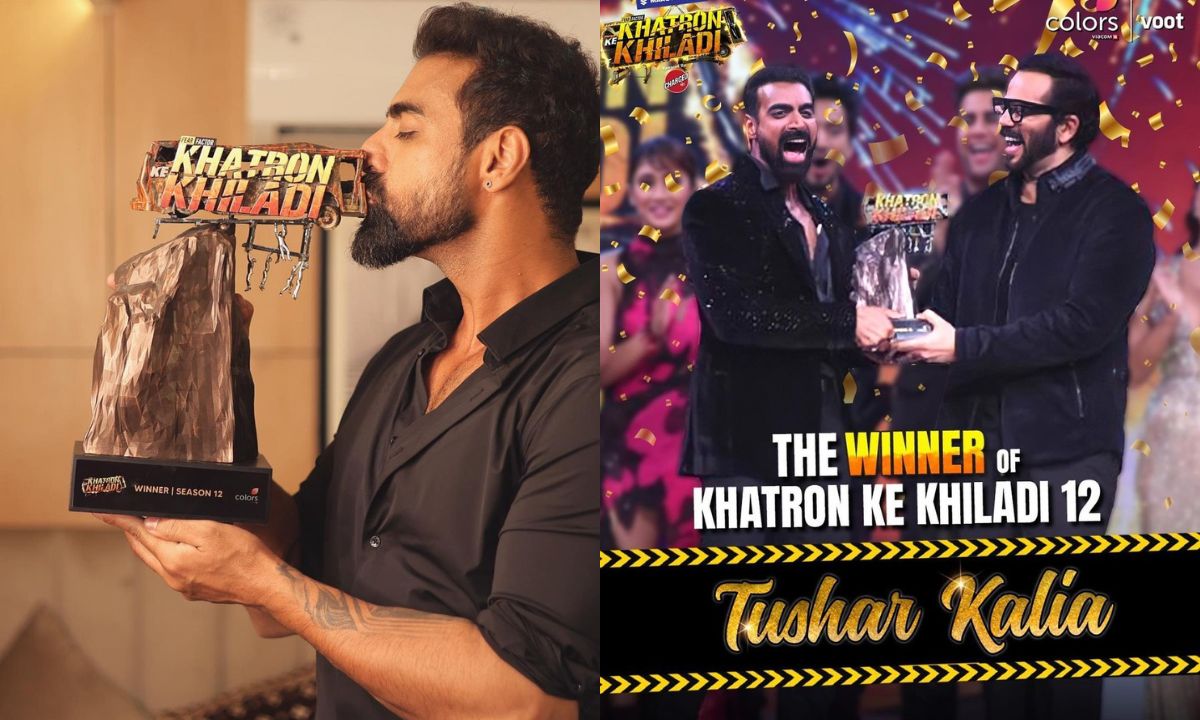 Reality Show and Bollywood breaking news of today: Colors' popular reality show 'Khatron Ke Khiladi' season-12 has finally got its winner. The finale of 'Khatron Ke Khiladi' season-12 took place on 25 September 2022 where the host of the show Rohit Shetty announced the winner. The last contestants who battle with each other in the final round were Tushar Kalia, Faisal Sheikh, Mohit Malik, Rubina Dilaik and Jannat Zubair. But Rubina and Jannat could not clear the round and the round was taken over by Tushar , Faisal and Mohit . In the end, Tushar Kalia successfully won the stunt and was declared as the winner of 'Khatron Ke Khiladi' Season-12.

The choreographer Tushar Kalia won the trophy for the most anticipated reality show 'Khatron Ke Khiladi' season-12. The trophy was handed over by Rohit Shetty and along with the trophy Tushar was also awarded Rs 20 lakh. In the finale, Tushar Kalia and Faisal Sheikh fought each other in a breathtaking stunt and both were also very close to victory. On this, Colors TV has also posted some pictures of the winner of the show on its Instagram. Also in the caption, it was written "Tushar has successfully won the trophy, as the winner of #KhatronKeKhiladi…Bhejiye unhe congratulations in the comments. #KKK12 #KKKGrandFinale @itsrohitshetty @thetusharkalia”.

Meanwhile, 'Khatron Ke Khiladi' season-12 winner Tushar Kalia also posted a picture on his Instagram and wrote in the caption “THANK YOU ALL FOR YOUR LOVE AND SUPPORT @colorstv #kkk12”. Let us tell you that Tushar started his career as a choreographer with the 2016 film 'Ae Dil Hai Mushkil' and also appeared as a judge in the dance reality show 'Dance Deewane'.