Drishyam 2 Teaser Out: Case Is About To Be Reopened! 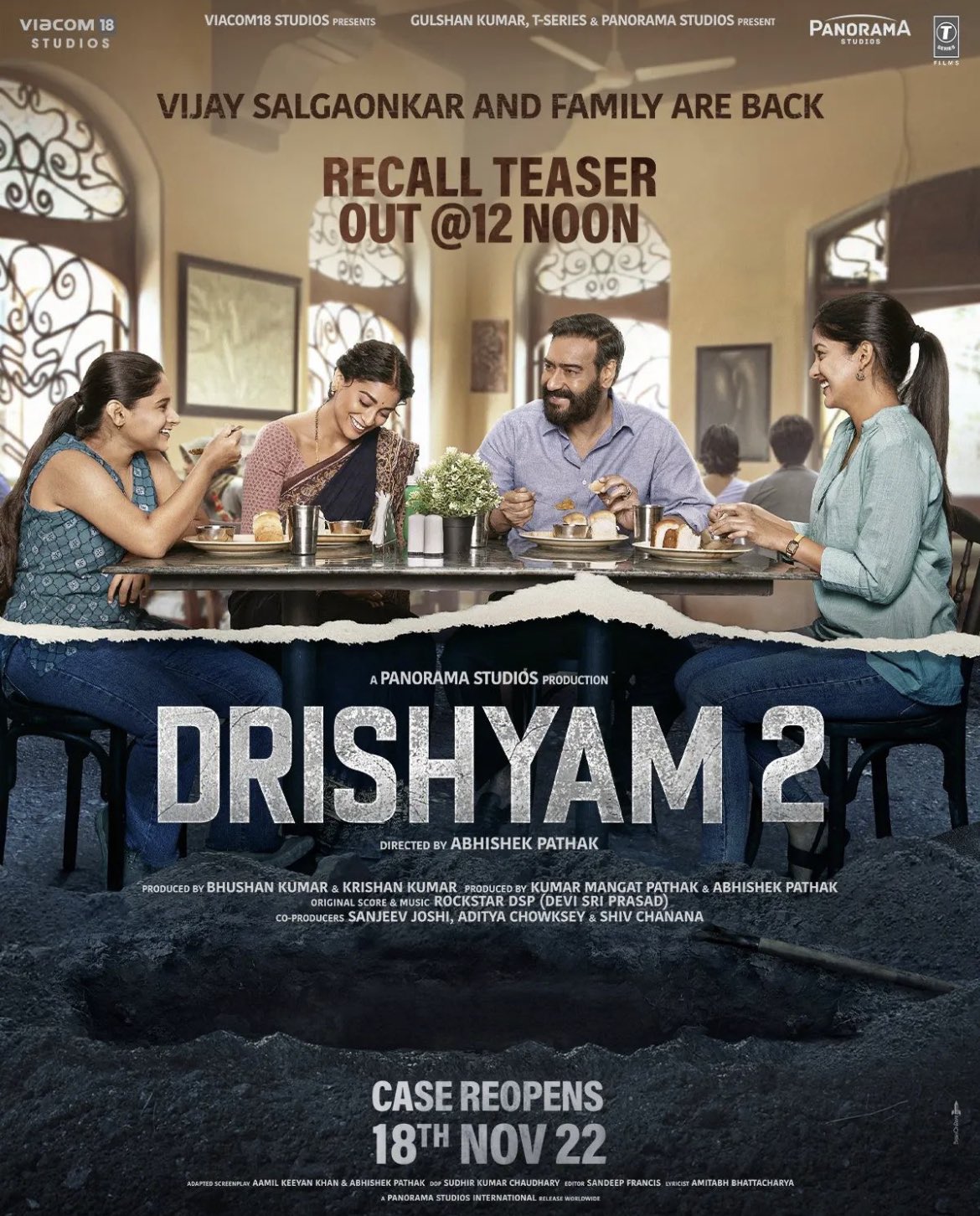 Ajay Devgn starrer ‘Drishyam 2’ teaser is out. Vijay Salgaonkar and his family are back!

Drishyam 2 Teaser: The poster of the much-awaited sequel of ‘Drishyam’ was released yesterday. As announced, the trailer of ‘Drishyam 2’ is released today. Starring Ajay Devgn and Shriya Saran, Drishyam 2 is based on the Malayalam 'Drishyam' franchise that stars Malayalam superstar Mohanlal. As expected Vijay Salgaonkar, played by Ajay Devgn is back with his and their secrets.

It is a recall trailer in which we are mostly shown what happened in the first part ‘Drishyam’. The film is all set to release on 18th November 2022.

Stay tuned with Mayapuri for the latest updates in the entertainment world.

Drishyam 2: Things You Can Expect from Ajay Devgn’s ‘Drishyam’!