Movie Review – ‘Ek Villain Returns’: Will the film be able to keep the audience hooked to it? 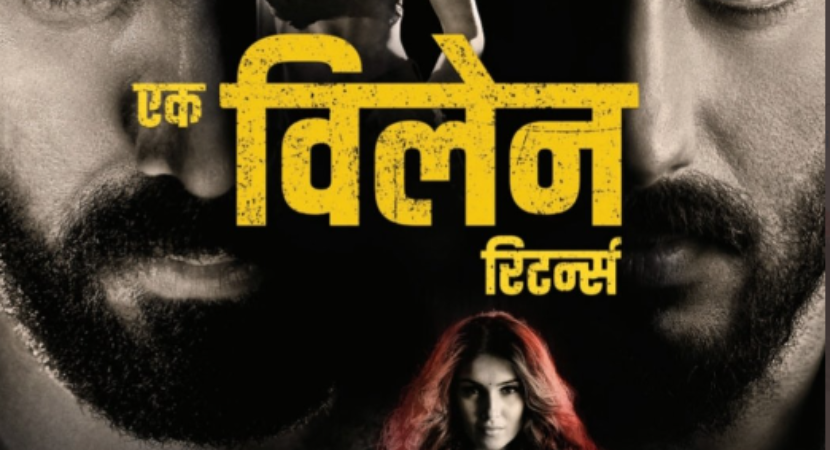 Let’s see what’s in the story of ‘Ek Villain Returns’-
If we talk about the story, the movie is full of suspense. Till the first half of the movie, the audience will keep on wondering who the hero and the villain is. (Rasika) as Disha Patani and (RV) as Tara Sutaria and both are the girlfriends of John Abraham and Arjun Kapoor in the movie. Tara is playing the role of a singer and Disha is playing a sales girl working in a clothing store. While Arjun Kapoor is playing the role of a stubborn child of a rich father, who is willing to die in life but not to lose to anyone. On the other hand, John Abraham will be seen playing the role of a cab driver. Now, the thing is how and when Disha meets John and Tara meets Arjun and then how the story brings these 4 together face to face, it will be interesting to watch. But if we talk about the trailer, it shows that there is a serial killer who is killing only the girls who have one side lover. Actually, the whole movie is based on a one-sided love story. But we are not going to disclose who the real villain is because the climax of this movie is going to be such that you would not have even imagined also. By the way, due to the Bollywood touch in the movie, it seems a bit over-exposed in a few parts of the movie, but the audience can ignore those parts to the extent because of the storyline of the movie. Acting: If we talk about acting, then everyone has played their role very well but Arjun and Disha will surely make you crazy with their acting. In the movie, Tara was seen very less compared to Arjun, Disha, and John but still Tara was also good in her part. Not only the lead actors, but the supporting actors were also very good with their acting. Direction: The movie is directed by Mohit Suri who also directed 'Ek Villain'. The way the script, screenplay and direction of the movie have been done is amazing. Also, the camera shorts in the movie are also taken very beautifully. Songs: Talking about the songs, the songs of this movie have become a hit even before the release of the movie and the audience has already given their love by liking them a lot. You will surely love to hear and watch the songs like "Galiyan Returns" and "Tera Naam Dil Rakh Diya" on the big screen in the movie too. Conclusion: After the success of most South films at the box office, there are only a few Bollywood movies that manage to entertain the audience. 'Ek Villain Returns' is definitely going to be one of those movies which will definitely be successful in entertaining the audience. In some parts of the movie, it may seem that the movie is trying to stretch but seeing the strong scripting and solid action, you will forget all these things. This movie is definitely a one-time watchable and a must-watch on the big screen. With this, till date, the movie disserves 3.5 stars out of 5.