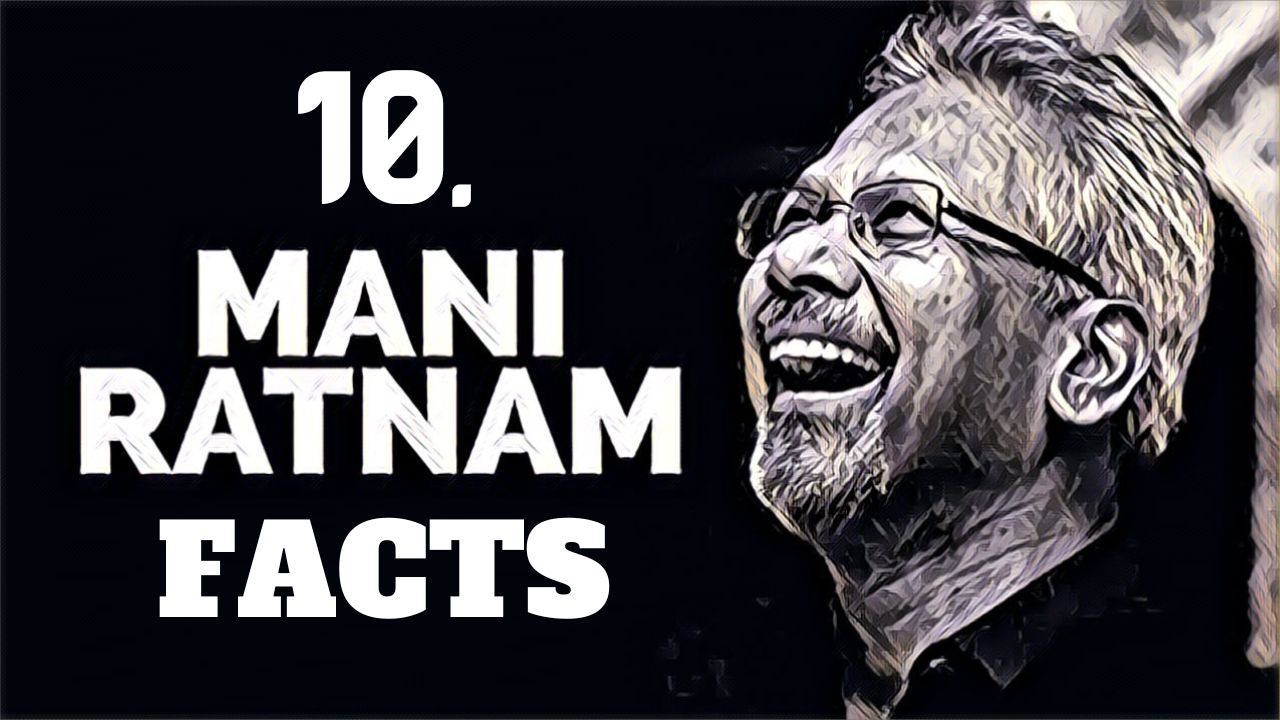 To celebrate the 39th feature film ‘PS-1’ by the popular Indian film director Mani Ratnam, we will talk about some of his unknown facts.

Mani Ratnam 10 Facts: ‘Ponniyin Selvan’ aka PS-1 is the 39th feature film by Indian and predominantly Tamil director Mani Ratnam. While the whole team of PS-1 is on the promotional round including Vikram, Aishwarya Rai Bachchan, Jayam Ravi, Karthi, Trisha, and Sobhita Dhulipala, we will talk about the maverick Mani Ratnam.

The ingenious director Mani Ratnam has given us memorable films like Thalapathi, Roja, Bombay, Dil Se.., Saathiya, Yuva, Guru, and more. Today we will talk about some of the unknown facts from the life of Mani Ratnam. Mani Ratnam is a predominantly Tamil director but did you know that his debut film was a Kannada language film? Written and directed by Mani Ratnam himself, ‘Pallavi Anu Pallavi’ stars Anil Kapoor in the lead role!

3. Married to an Actress 4. Was Injured by Homemade Bombs

In 1995, after the release of his terrorism-themed films ‘Roja’ and ‘Bombay’, Mani Ratnam was attacked by homemade bombs at his house. He even got injured due to the attack and was hospitalized. While other filmmakers and directors clamor to shoot in foreign and outdoor locations, Mani Ratnam is of a rare brand. All his songs and movies are shot in India. It was in 2007 that the director stepped outside the country to shoot a song for the Abishek Bachchan and Aishwarya Rai starrer ‘Guru’.

It is quite famous that Mani Ratnam has an affinity for romance and trains. None of his films are ever devoid of train shots. Be it ‘Ravana’, ‘Dil se’, and ‘Alaipayuthey’, all of them feature trains in a significant manner. It is quite unfortunate that not many filmmakers remember or credit the legendary director Guru Dutt. Mani Ratnam once said, “I liked Guru Dutt, the way he used songs and the way he shot songs. He was a class apart”. Mani Ratnam has long-time associations with many of his technicians and music directors. One of them is A.R Rahman. Mani ended his long-time partnership with legendary music director Illyaraaja and gave chance to then-newcomer A.R Rahman in his 1992 film ‘Roja’. Now, PS-1 is their 17th feature film collaboration.

After the box office failure of 2013, Mani Ratnam directed ‘Kadal’, and a police complaint was filed against the filmmaker for the loss. After this Mani took a break of 2 years and came roaring with ‘O Kadhal Kanmani’ that starrer Dulquer Salmaan and Nithya Menon.