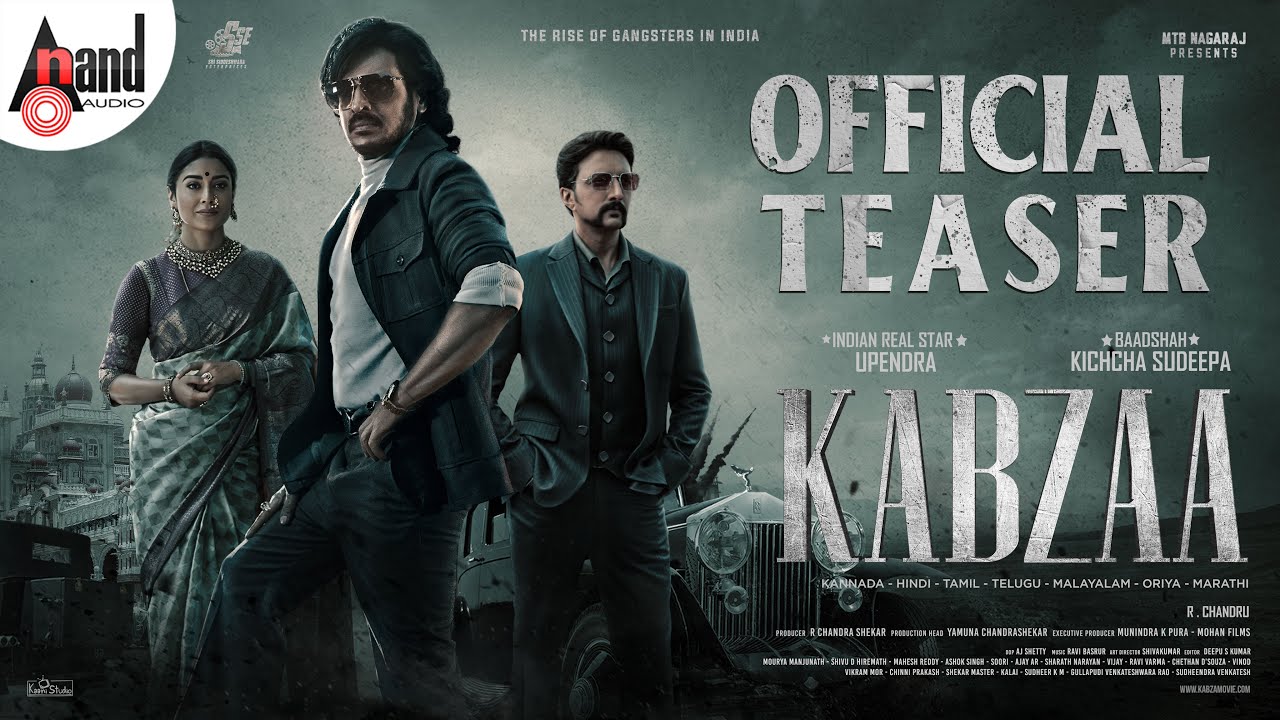 The teaser is out for the upcoming Kannada film ‘Kabzaa’ starring Indian Real Star Upendra, Baadshah Kichcha Sudeepa, and Kajal Aggarwal. Based on post-partition India, ‘Kabzaa’ will reflect upon the mafia world.

Kannada Film ‘Kabzaa’ Teaser Out: After the success of the ‘KGF’ franchise and Vikrant Rona, the Kannada film industry is back with its latest gritty offering ‘Kabzaa’. Starring actors like Kichcha Sudeep, Upendra, Kajal Aggarwal, Shriya Saran, and more, ‘Kabzaa’ is written and directed by R. Chandru. Check out the trailer below.

‘Kabzaa’ has no official date of release, but it will most probably be this year only. Touted as the ‘The New Vision of the Underworld’, ‘Kabzaa’ is based on the mafia world set during the time period 1947 to 1984.

Stay tuned with Mayapuri for all the latest Kannada entertainment news updates.

HBO Max ‘Velma’: Teaser Out: Scooby Doo’s Velma Is Now a Lesbian and an INDIAN!

Drishyam 2 Teaser Out: Case Is About To Be Reopened!