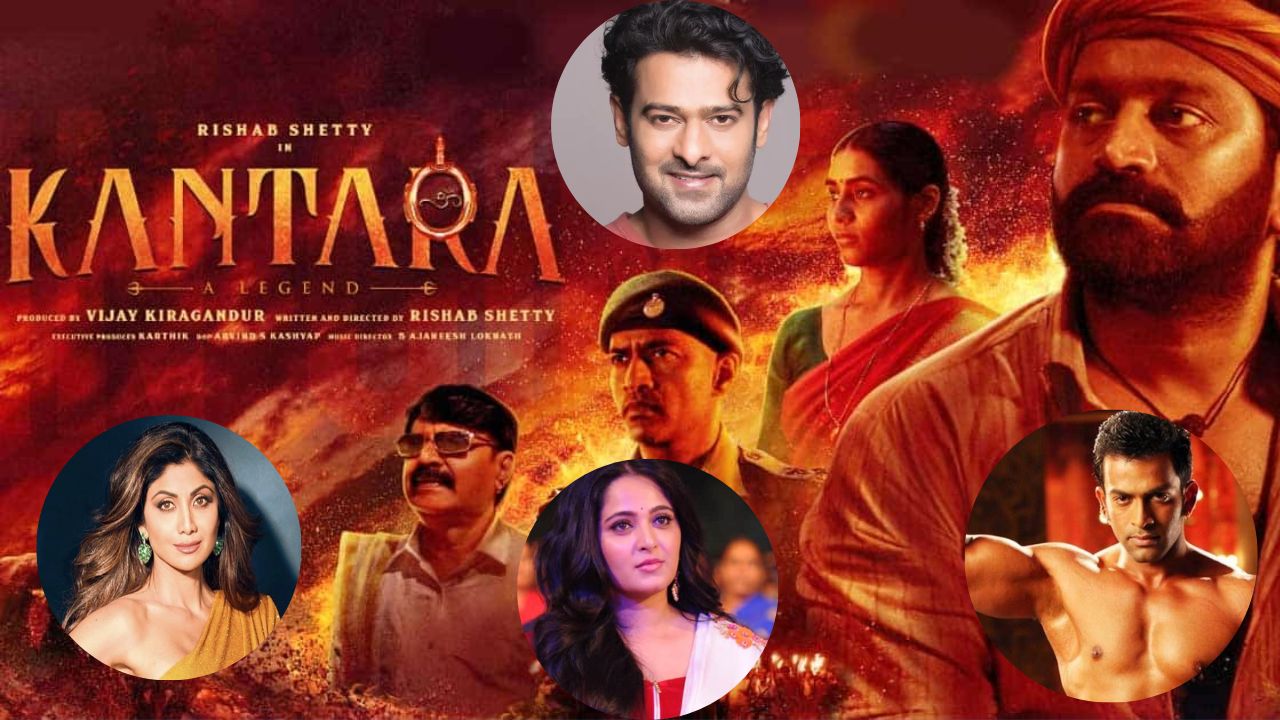 Rishabh Shetty directed ‘Kantara’ is currently the talk of the town. Check out how celebs like Prabhas, Prashanth Neel, Prithviraj Sukumaran, and Shilpa Shetty reviewed the film.

Kantara Celeb Review: It’s impossible to have not heard about the successful run that the Rishabh Shetty written, directed, and acted film ‘Kantara’ is having. Initially released on 30th September in just one language, Kannada, ‘Kantara’ was later dubbed and released on 14th & 15th October 2022 in 4 other languages Hindi, Telugu, Tamil, and Malayalam on public demand.

Check out the celeb review of film ‘Kantara’.

Watched #Kantara for the second time and what an extraordinary experience it has been! Great concept and a thrilling climax. A must watch film in theatres!!!

My all time new favourite movie #Kantara directed by the divine @shetty_rishab, Produced by @hombalefilms is Releasing in Hindi, Telugu, Tamil & Malayalam. A must-watch!

#KANTARA is a glorious cinematic achievement! #RishabhShetty is an absolute genius both in front and behind the camera! @hombalefilms What a mind blowing portfolio of content you’re building. Thank you for leading the way! Brace for a beyond spectacular last 20 minutes.

Watched #kantara ..totally totally loved it❤️Congratulations to whole team…u all we’re amazing😊thanks for all the experience.

Just when all Filmwallas came to the conclusion that only SUPER STARS, MASSIVE PRODUCTION VALUES and SPECTACULAR VFX can bring people to theatres , a small tiny film with no names #Kantara is breaking all the records of the BIGGIES.

#Kantara is cinematic scintillating experience one should not miss, captivating background score,brilliant cinematography, Splendidly directed &  flawlessly acted by @shetty_rishab, the climax gave me goosebumps with moist eyes. I am just Spellbound.Congrats to the entire team.

Four years ago, after I watched the incredible #Tumbbad, I also lamented why nobody in India watches such good films rooted in the country. Now, as #Kantara hurtles towards 100 crore at the box office, that hurdle has been crossed too. Tumbbad walked so Kantara could run!

Appreciation post for #kantara. Watched the film in the theatre..OMG! What a narrative , emotion, vibe and world.. Had goose bumps during the climax 😅 .. The POWER OF CINEMA ,transports the watcher into this world .. A world I belong to , really took me back to my roots. Without any bias , This one’s a must watch just for the sheer brilliance of story telling , performances , heart , faith and direction. Whoa!! # @rishabshetty77 @rishabshettyfilms ,Hats off to your conviction and versatility, You have worn many hats in this project and added feathers to it too. Enjoy the success.

Stay tuned with Mayapuri for all the latest South-related entertainment news.