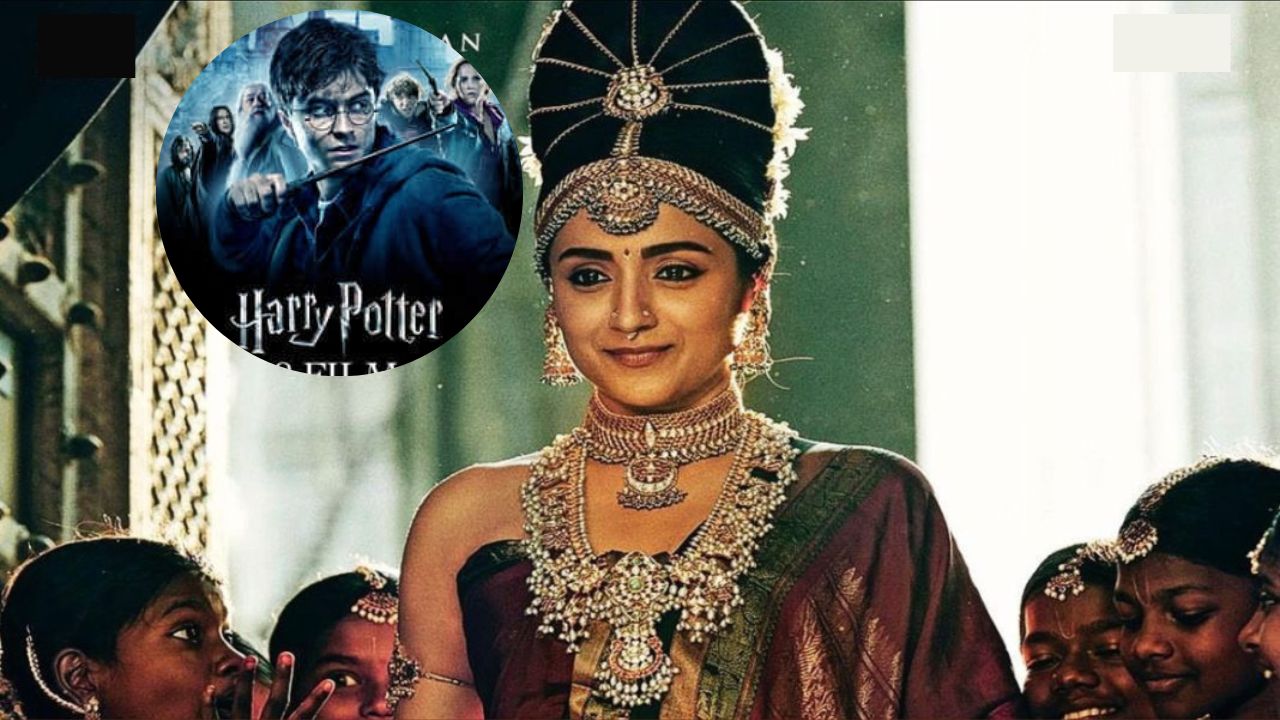 Trisha PS-1: Popular actress Trisha who is all set to play the role of Kundavai, explains what the movie meant to her and how director Mani Ratnam guided her through this tumultuous journey.

Talking about ‘Ponniyin Selvan 1’ being a book adaption, Trisha told The Hindu “Thanks to my mom and grandmom who are avid fans of the novel, and were rooting for me to get cast as Kundhavai when the film adaptation was announced”.

Comparing the Mani Ratnam film by iconic J K Rowling’s Harry Potter, Trisha stated “Mani sir actually asked me to stop reading the books — I was in the middle of them — before coming onto set. He didn’t want me to start shooting with any preconceived expectations of what my character would be like. Think of it like the Harry Potter books and movies; fans love both, but there are obviously differences between the two, and portions that haven’t been filmed”.

She continued “PS is exactly like that, Mani sir’s loose adaptation of the five volumes by Kalki. We have chosen what we think will work for audiences in today’s time and age; so please don’t compare the movies to the novel”.

Stay tuned with Mayapuri for all the latest news and entertainment news.

PS-2 Release Date Announced: On This Date ‘Ponniyin Selvan’ Sequel Will Be Released!