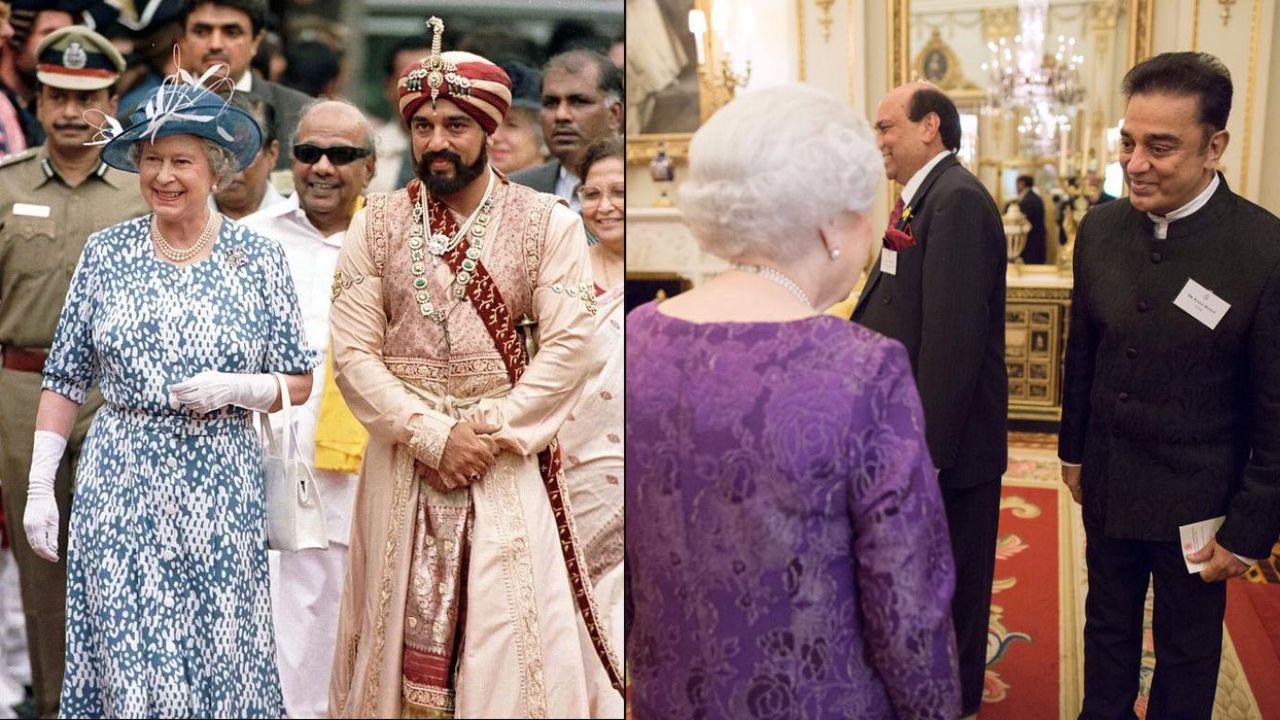 Indian actor Kamal Haasan mourns the death of Queen Elizabeth II and writes an emotional tribute to the Queen of United Kingdom.

Queen Elizabeth II Death Update: The sudden death of Queen Elizabeth II shocked everyone. As the whole world is mourning the death of the Queen of the United Kingdom, Tamil, and Hindi film icon, Kamal Haasan recalled the time she came down to the sets of his unfinished 2015 film, ‘Marudhanayagam’. It is said that ‘Marudhanayagam’ is the only film set that she ever visited in her lifetime. Also, ironically, a battle scene was being shot where British soldiers were fighting Indians. He tweeted that “I was saddened to hear the news of the death of Queen Elizabeth II of England for seventy years. She was loved not only by the British but also by the whole world. 25 years ago, she accepted our invitation and attended the opening ceremony of ‘Marudhanayagam’. It was probably the only film shoot she attended. I still vividly remember meeting her at the Palace 5 years ago at a cultural event in London. My deepest condolences to the people of England and the Royal Family for the loss of their beloved Queen”. Kamal Hassan met Queen Elizabeth II twice, once when she came on the sets of his unfinished film in 1997 and again when Kamal was invited to Buckingham Palace in 2017. Stay tuned with Mayapuri for the latest South and Bollywood breaking news today.