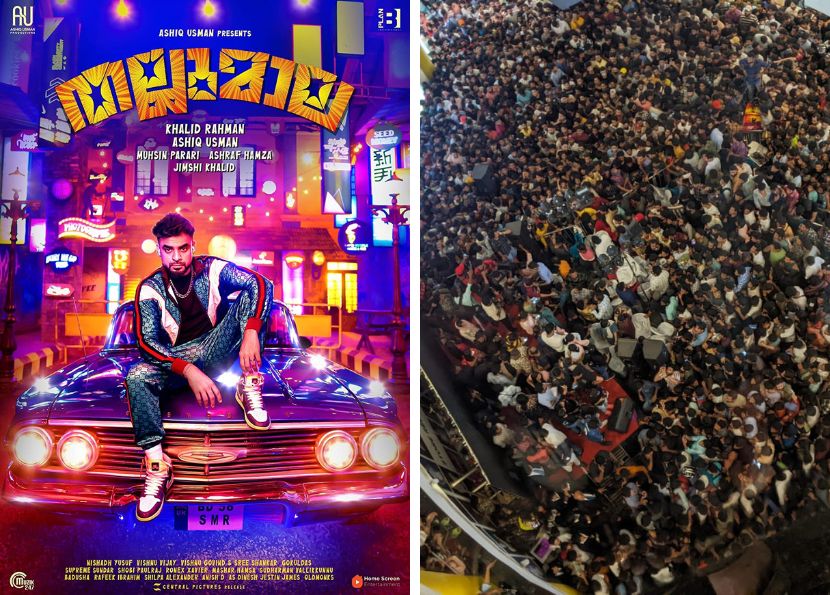 Tovino Thomas known for his critically and publicly acclaimed superhero film ‘Minnal Murali’ is back with a comedy film titled ‘Thallumaala’ (trans. Chain of Fights). This Malayalam language comedy-action film is all set to release on 12 August 2022. A promotional event was planned by the makers of the ‘Thallumaala’ which was expected to happen at HiLITE Mall in Kozhikode, Kerala. However, due to an excess crowd and huge turnout by the fans, the event had to be canceled. The event was supposed to be attended by the stars of the film including Tovino himself.

Tovino shared a video on his Instagram, sharing the news about the event cancellation. The actor wrote “Our Kozhikode and Malappuram”. In the video, Tovino said “We saw a large crowd at the entrance of the mall. However, we never anticipated such a crowd in the mall. I don’t know if this is good or bad news. We could not conduct the promotional event in the mall. We could not start the event because of the crowd. Even on the stage, there were lot of people. I have never seen such a crowd in my life.

He continued “I wondered if I will be able to get out of the mall alive (laughs). I understand it is love and I am happy about it. Thank you for such a reception. It would be great if such a crowd gathers at another place. Do you know where? In cinema halls! The film is releasing tomorrow”.