Hindi Television Premiere of The Mitchells Vs The Machines! 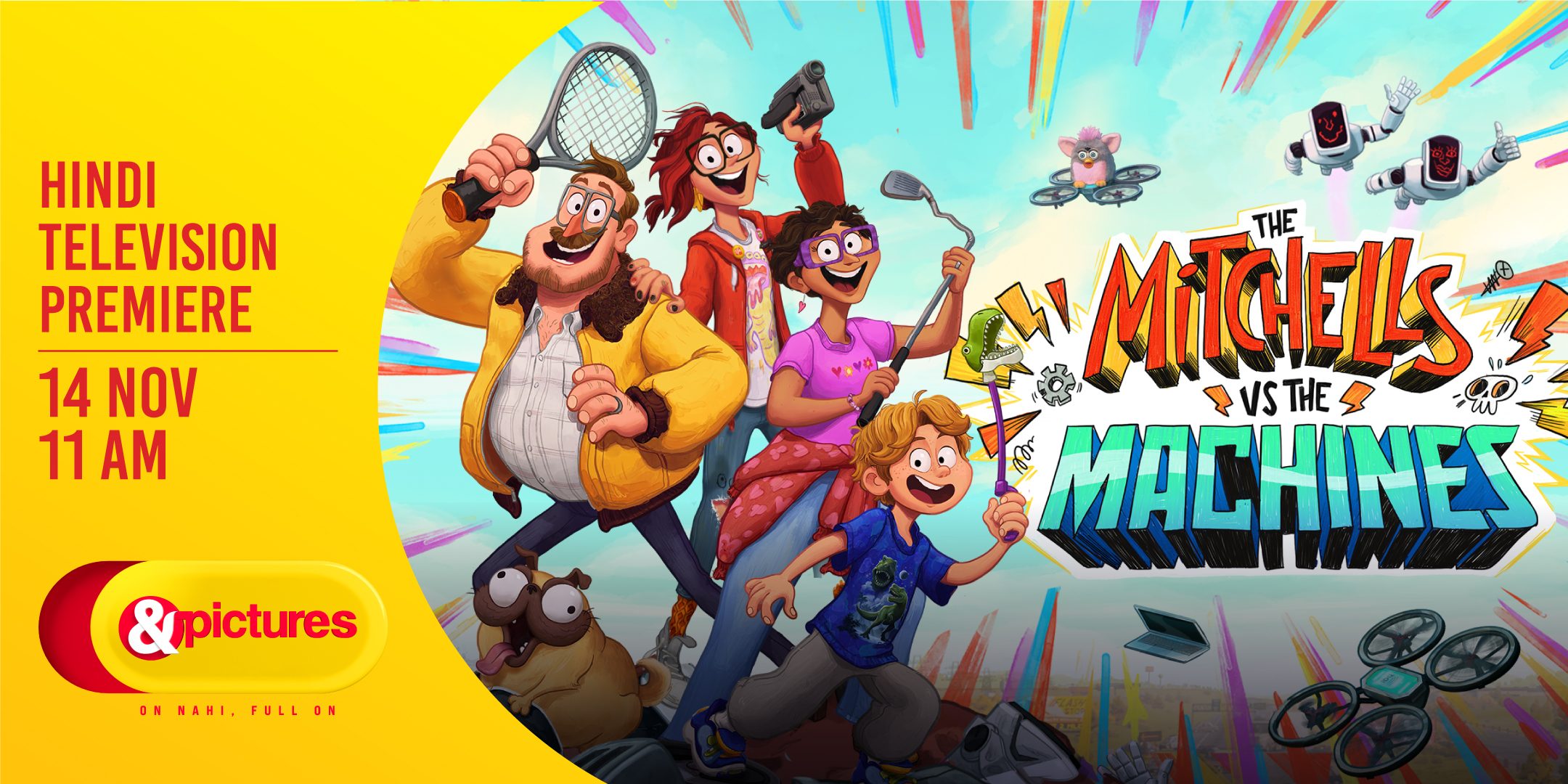 This Children’s Day, &pictures takes you on an adventurous ride with the Hindi television premiere of The Mitchells Vs The Machines

The animated comedy film will premiere on Monday, 14th November at 11 am

Imagine being stuck in a world where our electronic devices come to life? A world where phones, laptops and other gadgets control you and you are the only hope to save humanity! Well, ‘The Mitchells’ are one such unique family, who are caught in this unforeseen situation as they race against time to rescue the world! This Children’s Day, &pictures takes audiences on a thrilling journey as it brings to all, the Hindi Television premiere of the critically acclaimed film, The Mitchells Vs The Machines on 14th November at 11am. Nominated for the Best Animated Feature at the 94th Academy Awards and having swept the Best Animated Feature, at the 49th Annie Awards, the animated comedy film is here to tickle your funny bone and take you on a joyous adventure.

An animated comedy film, The Mitchells Vs The Machines brings to light the story of a young sweet girl, Katie Mitchell who embarks upon a road trip with her proud parents, younger brother and her beloved dog. Their plans to bond and spend time together as a family are disrupted when all the electronic devices of the world come to life and are set to stage an uprising. With the sudden on-set of machines taking over the world and creating unrest, the Mitchells emerge as humanity’s last hope to save the planet. Finding themselves helpless in the midst of robots and machines the quirky and relatable Mitchell’s stick together through it all and gear up to fight against the robots. Packaged with elements of humour, adventure and thrills, The Mitchells Vs The Machines is set to take the audiences, kids and their families on power-packed adventure as they try to save the world and fight against the machines.

Will The Mitchells rescue the world from the captivity of machines? Tune into &pictures for the Hindi Television premiere of The Mitchells Vs The Machines on 14th November at 11am, to find out.

Television is the all-time entertainment medium