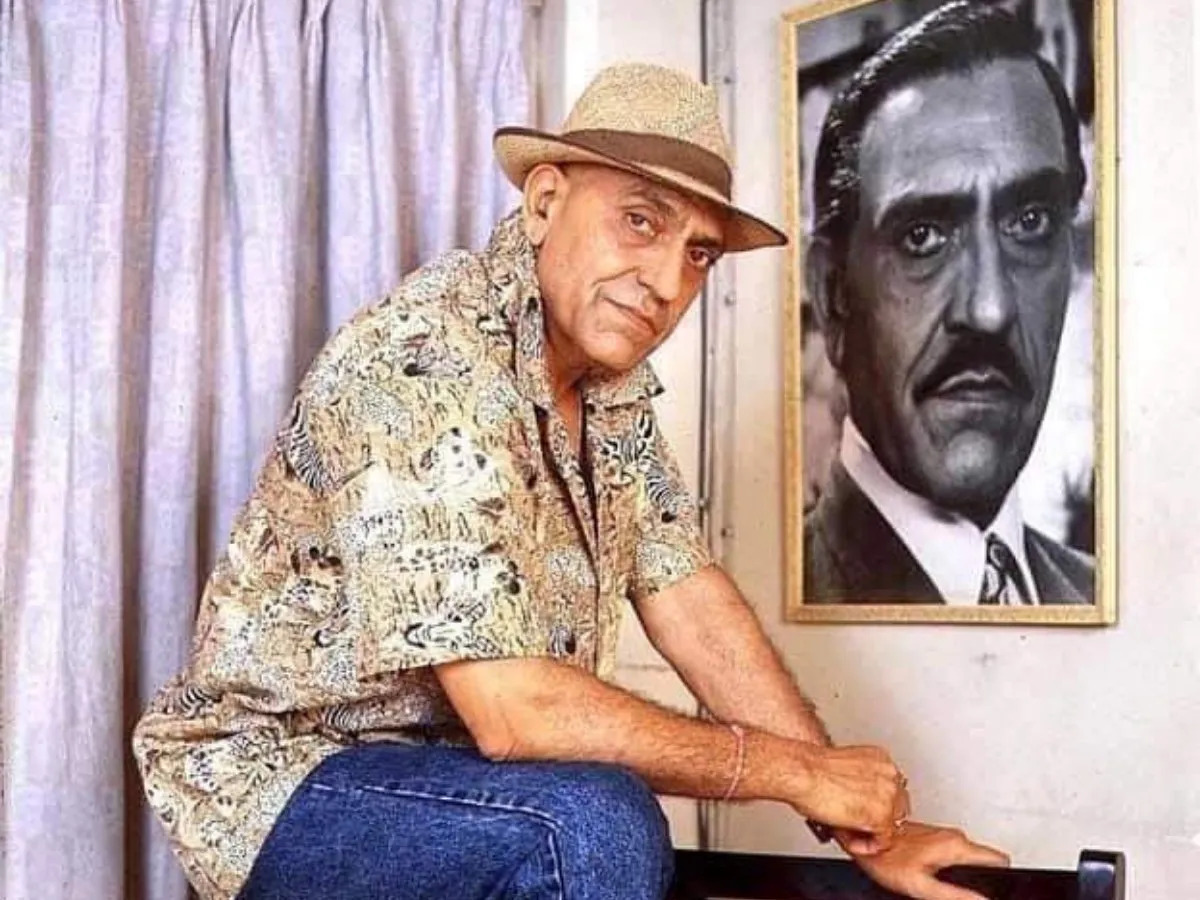 On the 90th birthday of the legendary actor Amrish Puri, let’s look back at his five iconic villain portrayals that paved the way for experimentation.

As a kid who grew up with the late 1980s and predominantly 90s movies, the word villain was pretty much synonymous with Amrish Puri’s name. Be it Mr. India (1987), Tridev (1989), Damini (1993), Karan Arjun (1995), or even the Hollywood flick like Indiana Jones And the Temple of Doom (1984); he was in every film that we saw. Slightly terrified, and wholly impressed, that was our impression of him. At one point, it was said that no film would be made without his presence in it. On his 90th birthday, we cannot help but remember how this legend immortalized his characters which terrified every 90s kid.

Born on 22 June 1932, Amrish Lal Puri grew up in Nawanshahr, Punjab. Even though his elder brother Madan Puri was already a well-established and respected actor in the Hindi film industry, he did go through a lot of struggles. After failing his first screen test, he started working in an Employees' State Insurance Corporation. Eventually, he became a popular theatre actor and went on to win the Sangeet Natak Akademi Award in 1979. Even though he worked in the 1970s as a supporting actor, his dominance was unchallenged in the 1980s, 1990s, and even the 2000s.

While celebrating his 90th birthday, let’s take a look back at Amrish Puri’s 5 top villainous portrayals that ruled over Bollywood. Mogambo khush hua! These are the words that immediately ring into your ear as soon as you see above picture of Amrish Puri as Mogambo in the iconic 1987 film, Mr. India. Even though it was a breakthrough movie for both the director and actors, Shekhar Kapur, Anil Kapoor, and Sridevi, it was the menacing Mogambo and his antics that stole the show. His iconic dialogue became something of a pop culture in India. This iconic meme originated by none other than the great Amrish Puri from the 1997 film, Koyla. This action-thriller film starred superstars like Shahrukh Khan, Madhuri Dixit, and Johnny Lever. Directed by Rakesh Roshan, Koyla was a box office hit. The dependable Amrish Puri once again showed why he was the master at his craft. The cruel and merciless portrayal of Raja Saab assured our sympathies with the protagonist, Shankar, played by the charming SRK. In Damini, Amrish Puri played the role of the filthy, corrupt lawyer hat left no stones unturned to make the life of the protagonist, Damini, a living hell. This 1993 film was directed and co-written by Rajkumar Santoshi. Starring popular actors like Meenakshi Shashadri, Sunny Deol, Rishi Kapoor, and others, Damini was a massive hit with a vital impact on Bollywood. Amrish Puri played the role of the nasty Barrister Indrajit Chaddha who was hell-bent on proving the female lead insane. This is a fun entry. Jaadugar is one of the most beloved kids’ movies where Amrish Puri played the role of a fake godman, Mahaprabhu Janak Sagar Jagat Narayan Chintamani. Yeah, that’s quite a name! But Amrish Puri was as impressive as that name sounds. In this fantasy-comedy movie of 1989, Amitabh Bacchan played the titular role of Jaadugar Goga. Amrish Puri excellently slid into the skin of a power-hungry and corrupt soothsayer that had a hold over the innocent villagers. It would be a disservice not to mention the Hollywood stint that this powerful actor had in the early 80s. With so much hype around Hollywood movies right now, this actor had been there and done that. Although, it was a very stereotypical portrayal of a tantrik, Amrish Puri as Mola Ram was a vision to look at. With a reddish hue, a bone necklace, and menacing horns, Amrish Puri played his part to a tee.

He petrified us, he frustrated us, but he also made us smile and chuckle with his shenanigans. We loved him, we hated him, and we couldn’t decide what we’d do if he wasn’t in the movies that we grew up watching. Let’s give him a heartwarming tribute by celebrating his hard work and the excellent legacy he left behind.

Share your top 5 picks of Amrish Puri’s movie portrayal with us!